“Still makes me squirm.” Read on for the verdict on the weekend’s TV. 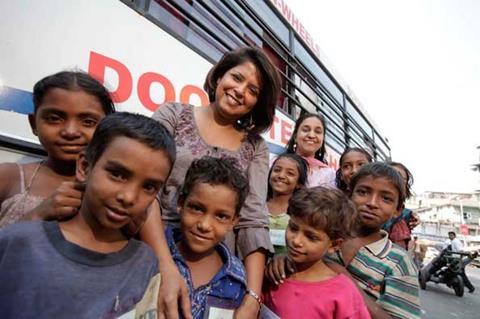 “If you can measure the success of each Secret Millionaire episode by how quickly it makes you cry, then Sunday’s Slumdog special lived up to its extreme billing.”
Alex Hardy, The Times

“It might have moved to Mumbai, but Secret Millionaire still makes me squirm.”
Sam Wollaston, The Guardian

“More of a mixed bag than an eccentric school fete’s tombola table… to the extent that I wondered if this was a Brechtian exercise in jolting reality TV fans from an accept-anything slumber.”
Alex Hardy, The Times

“Wallander surely must be the only television detective to be known by his ringtone.”
Matt Baylis, Daily Express

The Legacy of Lawrence of Arabia, BBC2 (Saturday)

“An unapologetically admiring portrait of the writer and soldier.”
Tom Sutcliffe, The Independent

“Despite his peculiar, sixth-formish habit of wearing the same overcoat, all the time, from Oxford to Arabia, Rory Stewart is the real deal. When he tells you he thoughout a lot about Lawrence when he was at Oxford, you can imagine he did.”
Matt Baylis, Daily Express

Empire of the Seas: How the Navy Forged the Modern World, BBC2 (Friday)

“Dan Snow makes a pretty good presenter here – a Boy’s Own type, happy to shimmy up the ratlines for a panoramic long-shot and gaze wonderingly out at the far horizon, as if dreaming of an Eldorado of foreign-territory sales.”
Tom Sutcliffe, The Independent

“Nice. Dr Arman Marie Leroi, an enthusiastic, eloquent evolutionary biology with a great set of teeth, paddles about in the Lesvos inlet, just as Aristotle once did.”
Sam Wollaston, The Guardian