“A hagiographic piece of nonsense.” Read on for the verdict on last night’s TV. 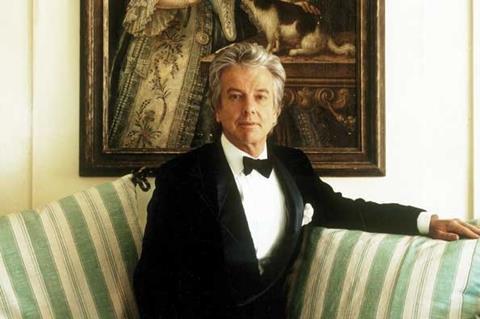 “To get close to Nicky, our director had to become a friend. But once you do that, you swap camps, out of the world of the viewer, into the world of the subject.”
Matt Baylis, Daily Express

“It was a hagiographic piece of nonsense by Haslam’s friend Hannah Rothschild, who clearly feels the man’s fabled charm but has managed not to capture an iota of it for viewers.”
Lucy Mangan, The Guardian

“For the socialite and interior designer Nicky Haslam a surprising number of things turn out to be fun.”
Tom Sutcliffe, The Independent

Horizon: How Long is a Piece of String, BBC2

“It was a fine idea, putting this maths-phobic funnyman in the presenter’s role, and made it an amusing journey, if nothing else.”
Matt Baylis, Daily Express

“Wasted unconscionable amounts of time beforehand on crowd-pleasing guff. Nobody minds a sugar-coating, but shouldn’t there be something for the sugar to coat.”
Tom Sutcliffe, The Independent

“I’m not sure if this was Horizon dumbing down or being too clever by half.”
Andrew Billen, The Times

“This was a beautiful film that illuminated the lure of the journey, the desperation of the circumstances, and the terrible blend of innocence and knowledge that he boys carry with them.”
Lucy Mangan, The Guardian

“As unfussy and straightforward a documentary as Horizon was fussy and discursive… Rebecca Cammisa’s tough observational film made no judgements.”
Andrew Billen, The Times

“When they were shown in silence, without a Yentob or other talking head yammering about their existence in four dimensions, the urge to go and see them was quite overwhelming.”
Lucy Mangan, The Guardian

“Anish Kapoor is something of a gift for television in that he talks fluently and openly about his work, and that the work itself “presents wells”, as estate agents say.”
Tom Sutcliffe, The Independent