“A pleasure, albeit one inexplicably shown too late for children to catch.” Read on for more of last night’s reviews. 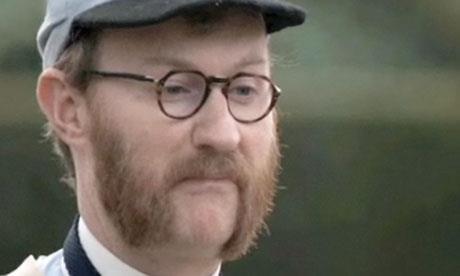 THE FIRST MEN IN THE MOON, BBC4

“Remarkably faithful to the Wells novel, which [Mark] Gatiss treats playfully, but without sticking his tongue in his cheek.”
Tim Dowling, The Guardian

“His script was cratered with one liners…all allowing full throttle to the odd couple relationship between the brilliant but unworldly Cavor and his avaricious co-explorer Bedford…This flight of fancy was a pleasure, albeit one inexplicably shown too late for children to catch.”
Andrew Billen, The Times

“Is there anything deader than science fiction that has been overtaken by science fact?..Even some tinkering with the end of Wells’s story couldn’t conceal its shortcomings, both as speculative fiction and as political tract. You were left feeling that it had been very nicely done, but uncertain as to why.”
Tom Sutcliffe, The Independent

“Monckton didn’t attempt to analyse why people like Chris and Kelly provoke such nastiness in their tormentors, but she did make a persuasive case that such abuse should be treated more seriously and perhaps find some kind of formal inclusion under the title of hate crime.”
Tom Sutcliffe, The Independent