“It was, essentially, a face-off between acceptance and technological intervention.” Read on for the verdict on last night’s TV. 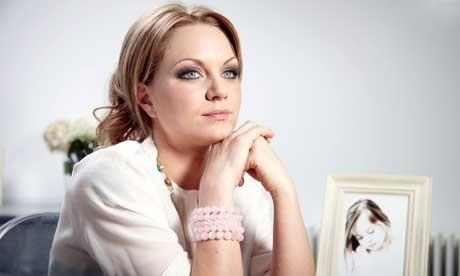 Rita Simons: My Daughter, Deafness and Me, BBC1

“It did a disservice to the deaf community… and to Simons, who was a brilliant, fearless and articulate presenter-subject.”
Lucy Mangan, The Guardian

“It was, essentially, a face-off between acceptance and technological intervention.”
Tom Sutcliffe, The Independent

“Good, then, for Rita Simons, Roxy in EastEnders, for not cutting the insult from her feisty, ear-opening documentary.”
Andrew Billen, The Times

“Rather like the protagonists in Kring’s last major TV drama series, but hell, if a furrow’s worth ploughing its worth ploughing until the (audience) share falls off, I say.”
Lucy Mangan, The Guardian

“In the series’ favour, it demands significant thinking from its audience to keep up. The problem is that the more you think about Touch the less it means and the greater the objections to terrorism, infant mortality and autism being carolled into one heck of a sentimental Kring ring.”
Andrew Billen, The Times

“Horizon was entitled The Truth About Fat and the truth, in case you were wondering, is that diet and exercise make chuff all difference. If you’re fat, carry on as you are because one day soon science is going to come up with a magic thin pill.”
Matt Baylis, Daily Express

“It was all very interesting but - the flaw common to all medical programmes, which seem more terrified than most of overestimating the audience’s intelligence – only as far as it went. We were still subjected to pointless padding.”
Lucy Mangan, The Guardian

Return to the Falklands, ITV1

“Each journey was built around hope, making this far more watchable than many of the programmes currently feeding on the conflict’s 30th anniversary. I just couldn’t decide whether Nicholson was being deliberately controversial.”
Matt Baylis, Daily Express

“Jack Whitehall offers us a hybrid stand-up/chat-show/prank-sketch/national-tour format in which none of the components entirely works.”
Tom Sutcliffe, The Independent