“Little Britain for grown-ups.” Read on for the verdict on last night’s TV. 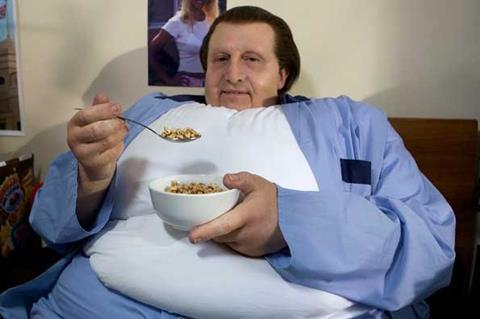 “Kinda Little Britain for grown-ups. Some characters are better than others… Some of it is nicely observed, but it’s generally not situations that make you laugh – it’s what the people do and say.”
Sam Wollaston, The Guardian

“Well acted, precisely observed, it feels like a Little Britain for grown-ups; quickfire comedy that knows how to be clever without being cruel – and it’s long overdue.”
Matt Baylis, Daily Express

“They’re a bunch of weird eccentrics, all grotesque extremes of aspects of quintessentially British eccentricity, and ermm, ummm, the BBC has already done this in Little Britain… Not a dud, but the biggest thing list in translation from radio is its template’s originality. It’s Little Britain mild.”
Tim Teeman, The Times

“Every scene was like a slug to the gut, and all credit to the film-makers for not sugar-coating, or providing a fairy-wand ending, to the stories of the four children it followed… Uncompromising, bleak and brave.”
Tim Teeman, The Times

“No matter how many millions of dream this series taps into, I suspect this show will be putting more people off the “good life” than it attracts to it.”
Matt Baylis, Daily Express

“Certainly nothing new, but it’s hard not to enjoy at this time of year, when everything else looks so bleak and punitive.”
Alice-Azania Jarvis, The Independent

“Gregor Fisher, still in string vest and suit, is just as beguiling as the lazy, lovable drunken Rab. But it’s like watching Robert Lindsay in My Family. Tes, he’s good. But what about the rest of them?”
Alice-Azania Jarvis, The Independent

“He gibbers like a monkey, there’s high-fiving, whooping, hugging, a little Extreme Fishing dance if we’re lucky… Oh Robson, give up the acting, and the swimming and all that. This is what you should be doing, for ever.”
Sam Wollaston, The Guardian

“I went out of my way to watch it, crap script, corny premise, awful costumes and all.”
Alice-Azania Jarvis, The Independent

“It’s a soap that wants to be a comedy, a family drama that aspires to evoke real family life though cannot resist going, periodically, doolally.”
Tim Teeman, The Times