“A parade of injustice without prospect of redemption leaves you with nothing but a caged, arid sadness.” 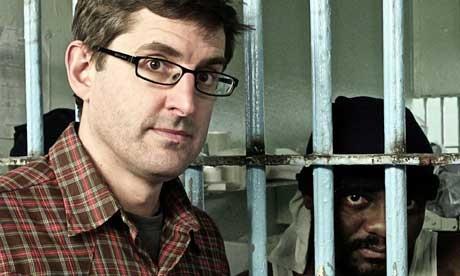 “Theroux comes in here without agenda, without influence, just to point and stare. If it were in the UK, you could argue that he was having a cultural effect, changing the mood of the nation with a mind to changing its policies in the longer term, but that doesn’t wash in Miami. A parade of injustice without prospect of redemption leaves you with nothing but a caged, arid sadness.”
Zoe Williams, The Guardian

“[The inmates] were not, anthropologically speaking, terribly exciting. Theroux’s appetite for American jails, I must say, exceeds my own.”
Andrew Billen, The Times

“[Prisons] seem to exert a strange hold over this documentary-maker and you can see why.”
Matt Baylis, Daily Express

“Having made documentaries in US jails before, Theroux can’t have been quite as surprised as he made out about the brutality of this one.”
Tom Sutcliffe, The Independent

THE LIFE AND LOSS OF KAREN WOO, ITV1

“Her personality worked on you directly, partly because of her charismatic smile, but also because of a life shaped by a remarkable lack of fear.”
Tom Sutcliffe, The Independent

“The film was difficult to watch because it contained so much of Woo, who was one of those people who lights up TV screens.”
Andrew Billen, The Times

“There’s nothing to see but a tedious, narrow-minded, pedantic, uncurious person. And some snow.”
Zoe Williams, The Guardian