“Surely, there must be at least one brain cell between the lot of them?” Read on for the full verdict on last night’s TV. 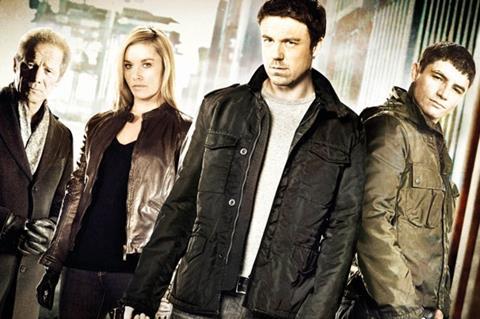 The Fixer, ITV1
“Surely, there must be at least one brain cell between the lot of them? I worry for them, really, I do.”
Virginia Blackburn, Daily Express

True Stories: Pray the Devil Back to Hell, More 4
“One imagines it might have been a tiny bit more complicated than it was presented here, in a film that saw in an African tragedy the proof of Western gender politics.”
Tom Sutcliffe, The Independent

True Stories: Pray the Devil Back to Hell, More 4
“The film comprised archival images of mayhem and misery – bloodies bodies being carried thorough the streets, drugged child soldiers turning glazed eyes to the camera – and interview with key figures in the peace movement.”
Lucy Mangan, The Guardian

The Choir, BBC2
“Gareth Malone, who seemed otherworldly as he and his preternaturally polished complexion roamed the indenti-streets of South Oxhey, concluding The Choir.”
Alex Hardy, The Times

The Choir, BBC2
“The series ended on a sweet note… Sing hallelujah!”
Lucy Mangan, The Guardian

Lost Land of the Volcano, BBC1
“This was programme so astounding that, after watching, I had to go and walk off my excitement in the supermarket.”
Alex Hardy, The Times

How Not to Live Your Life, BBC3
“I have a faint memory that I gave a charitable review to Dan Clark’s series on an earlier occasion, for which I can offer my apologies, because whatever virtues I detected in it then have entirely evaporated.”
Tom Sutcliffe, The Independent

Jamie’s American Road Trip, Channel 4
“When facts this tasty are on offer… does Oliver really need to tell us, again, that “this-ain’t-Southend”; or protractedly analyse the junkfood he scoffs for his hangover?”
Alex Hardy, The Times

HolbyCity, BBC1
“It was all getting a bit too technical for me.”
Virginia Blackburn, Daily Express