“Genealogy is usually genial ” Read on for the verdict on last night’s TV. 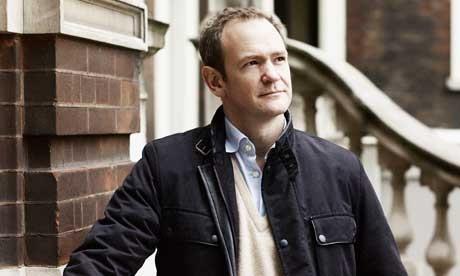 “All that genealogical research at least makes us feel as though there’s a vaguely intellectual pursuit going on, and that the celebrity dimension is secondary to the history lesson. A little unfortunately…posh people tend to make the best subjects…but last night the team hit TV gold.”
Brian Viner, The Independent

“Genealogy is usually genial and it was never more so than last night as it traced comedian Alexander Armstrong’s lineage.”
Andrew Billen, The Times

“This was a really fine, if at times harrowing, piece of television. All praise to Dispatches for bringing it to light.”
Virginia Blackburn, Daily Express

“I cannot remember a more alarming start to a documentary…[Tazeen Ahmad] made a passionate yet balanced film.”
Andrew Billen, The Times

THE ADVENTURES OF DANIEL, BBC3

“[Daniel Sloss] seems like an engaging and talented lad, but he was ill-served by some gruesomely unfunny material…let me just say that (it) might be your thing, but on this early evidence it certainly isn’t mine.”
Brian Viner, The Independent

“I watched this one twice and enjoyed it just as much second time round; that’s a good sign in a sitcom. I don’t know how long it will feel fresh. Could it survive a second series? I’m not sure. But right now there’s a subtlety and a sharpness about it. And yeah, it’s funny.”
Sam Wollaston, The Guardian

“I’m a traditionalist, a sucker for episodes in which the old-timers loom large…More TV gold.”
Brian Viner, The Independent

“[Robert Llewellyn] combines erudition with such an infectious humour that you find yourself chuckling.”
Virginia Blackburn, Daily Express