“Television that bombards you in waves and leaves you feeling bewildered and a little bit giddy.” Read on for the verdict on last night’s TV. 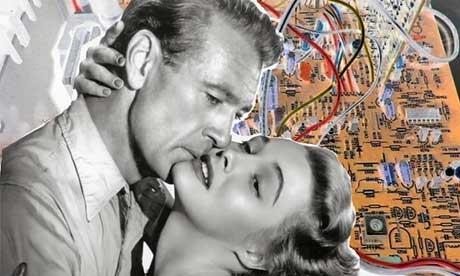 ALL WATCHED OVER BY MACHINES OF LOVING GRACE, BBC2

“While on one hand it was putting forward complex and radical ideas, it was doing so in a resolutely old-school format. It was informative, entertaining, arty and relevant all at once.”
Sarah Vine, The Times

“I have no idea really how much of what Curtis says is right, whether there is a connection between where we are now – with the world economy and the rise of China – and the philosophy of a cult novelist from the 1950s. The ride is certainly fun, though. Television that bombards you in waves and leaves you feeling bewildered and a little bit giddy.”
Sam Wollaston, The Guardian

“And yet for all its intellectual heft, there was much that was beguilingly simple about Curtis’s analysis of a world in thrall, politically, socially and most of all economically, to computer systems.”
Brian Viner, The Independent

“If its intention was to show us the danger of connecting everything up it went about it in an odd way.”
Matt Baylis, Daily Express