“It is just too mild and twee and, at 60 minutes, at least half an hour over-cooked.” Read on for the verdict on last night’s TV. 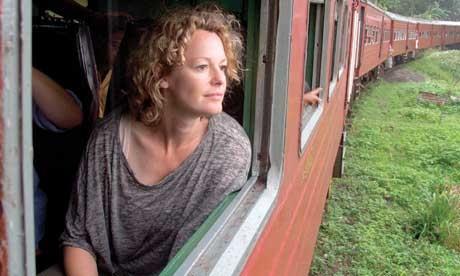 “The Spice Trail could have been worthwhile; with Kate Humble, it is just too mild and twee and, at 60 minutes, at least half an hour over-cooked.”
John Crace, The Guardian

“This was the history of empire in a nutmeg shell. The problem was that Humble appeared happier flirting with the local farmers than telling it.”
Andrew Billen, The Times

“They’re more forgiving on the clove island of Ternate, where the ruling sultan greeted the BBC’s heartiest presenter by making her a princess.”
Matt Baylis, The Daily Express

“The result was raucous self-indulgence and a salute to an earlier era of NBC sitcoms, Friends, cheers and Seinfeld.”
Andrew Billen, The Times

“Last night’s instalment of this astonishing man-in-nature show made a similarly impressive trek, from the Mekong river to the Himalayas, across to Brazil, Zambia, Mali and India, examining the multitude of ways man keeps water at bay.”
Matt Baylis, The Daily Express

“On BBC1 we had Human Planet, which is pleasant enough but leaves you with the sneaking suspicion you’ve seen most of the footage before – even if you haven’t – in one of David Attenborough’s many nature documentaries.”
John Crace, The Guardian

“The real pleasure in this programme was the collection of overweight craftsmen, who took as much pride in gently taking the piss out of one another as they did in learning new trades.”
John Crace, The Guardian

A Dangerous Place to Meet My Family, BBC3

“What made the film was Dean, a boy/man touched with goodness, through whose eyes we experienced the joy, compassion and terror of his five-week trip and who did more to further the cause of multiculturalism in an hour than most politicians achieve in a lifetime.”
John Crace, The Guardian

How to Make It in America, Sky Atlantic

“A franchise that has been stretched a year too far with John and Gregg, whose credentials for judging brilliance in the kitchen have always seemed somewhat sketchy, becoming ever greater parodies of themselves.”
John Crace, The Guardian