“A plucky British version of Lost.” Read on for the verdict on last night’s TV. 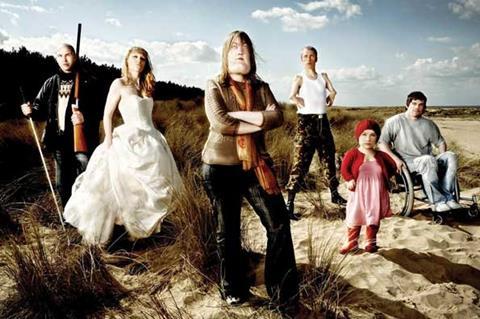 “Goes about its business with an impressive lack of self-consciousness … not unlike a plucky British version of Lost.”
James Walton, The Daily Telegraph

“It may be that future episodes do more with the gimmicky frame, but for the moment it’s what’s inside it that’s worth watching.”
Tom Sutcliffe, The Independent

“Full of tough and tender details of life as a newly disabled man … [but] the show-within-a-show conceit so far seems unnecessary.”
Lucy Mangan, The Guardian

“Perhaps Paradox is the first meta- titled show. Or perhaps it is just not very good.”
Lucy Mangan, The Guardian

“The Prometheus Innovation Satellite Downlink offers a perfect acronym for the state you’d have to be in to take this kind of thing seriously.”
Tom Sutcliffe, The Independent

“The biggest mystery … was how such an opening episode could have gone through all the many meetings required for a prime-time BBC One slot without anybody ever saying, “Hold on a minute, nobody’s behaviour here makes any sense.”
James Walton, The Daily Telegraph

Imagine: The Girl from Tiger Bay

“Close at times to an out-and-out puff piece, but even that was a testament to her [Shirley Bassey’s] magnificent power.”
Lucy Mangan, The Guardian