“This was an intriguing, rarely told final chapter of the Queen’s life.” Read on for the verdict on last night’s TV. 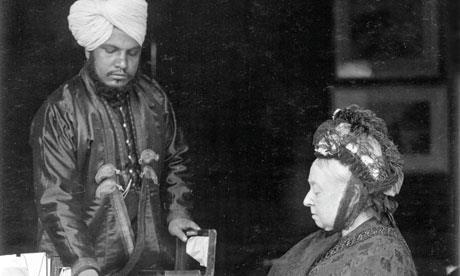 “This was an intriguing, rarely told final chapter of the Queen’s life, narrated in the genial tones of Geoffrey Palmer. The Munshi was not the wronged gentleman one might imagine, but a creature of raw ambition.”
Tim Walker, The Independent

“The programme was neat, orderly and interesting but never sprang to life as the material could surely have allowed. Everything was covered, but nothing and nobody was pressed. It had that oddly muted air that you often find even now in documentaries about the royals and/or the rich folk around them.”
Lucy Mangan, The Guardian

“It was not only a curtain-twitchingly fascinating peep into her psyche but proof that one of the greatest things going for the Royal Family, its utter lack of racism, dated back to at least her reign.”
Andrew Billen, The Times

“The excerpts from letters and diaries suggest she loved him. She probably loved winding up her stuffy courtiers just as much.”
Matt Baylis, The Express

“This is a show with familiar thrills, regular showdowns and/or shootouts. But what sets it apart is the bullet-quick banter. To judge by its residents’ colourful vocab and sharp wit, Harlan must be the spot where the family trees of Al Swearengen and Roger Sterling intertwine. “
Tim Walker, The Independent

“It traced the life and career of Richard Dawkins from bright Oundle schoolboy to globally famous evolutionary biologist and evangelical atheist. Again (although I speak as a Dawkins-worshipper, semantically unsound though that may be), it could have been a little less hagiographic in tone.”
Lucy Mangan, The Guardian