“it was a joy to see him on the road to recovery.” Read on for the verdict on last night’s TV 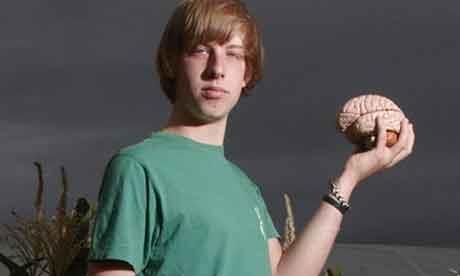 “Zac Beattie’s moving documentary. It was distressing for the viewer and his family to see such a vibrant soul reduced to a brain-damaged wreck…but it was a joy to see him on the road to recovery.”
Mike Mulvihill, The Times

“This touching, human film – a poignant picture of how brain injury can affect someone and his family.”
Sam Wollaston, The Guardian

“Simon’s dazed awareness of the distance he still had to travel made you want to weep.”
Tom Sutcliffe, The Independent

“There was no happy ending in the dark, engrossing This World documentary.”
Mike Mulvihill, The Times

“[It] could be a movie. It’s not Hollywood though, it’s a shocking This World documentary…Terrifying and depressing.”
Sam Wollaston, The Guardian

“The point of Edge’s film was not to indict individuals for their brutality, though, but to point a finger at the American military.”
Tom Sutcliffe, The Independent

“It’s such a good idea that someone had it before. Last year the Tonight team on ITV did a show called From Bin to Banquet… why waste a good idea for a programme, just because it’s a little old and tired-looking? Reheat it instead. It’s actually quite fitting.”
Sam Wollaston, The Guardian

“Full marks for good intentions, but I couldn’t help feeling that the situation wasn’t quite as bad as it seemed.”
Virginia Blackburn, Daily Express

“There is something about the combination of motorbikes and emergency services that is just irresistible.”
Virginia Blackburn, Daily Express