“It’s a club, and if you’re not in on the joke, you’re better off out of it.” Read on for the full verdict on last night’s TV. 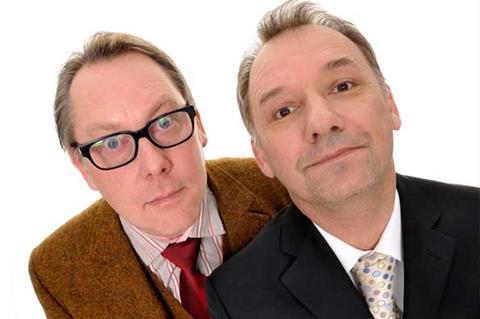 Shooting Stars, BBC2
“It might even be funnier than it used to be, or maybe it just seems that way because the panel shows we’ve put up with in its absence have been mildly diverting by comparison.”
Tim Dowling, The Guardian

Shooting Stars, BBC2
“It’s a tribute to Matt Lucas’s affection for this surreal platform for Reeves and Mortimer that he is game to play the sideshow.”
Rob Sharp, The Independent

Shooting Stars, BBC2
“I also know that those who are blessed with getting it are infinitely more glamorous, edgy and cool than those who don’t. It’s a club, and if you’re not in on the joke, you’re better off out of it.”
Helen Rumbelow, The Times

Megastructures: Built From Disaster, Five
“Then there’s this kind of programme, featuring a topic that’s not headline-grabbing but is eminently reassuring – showing us how our increasing knowledge of the world is being used to make it a safer place.”
Matt Baylis, Daily Express

The Cell, BBC4
“It’s no mean feat to make cell theory interesting on television, especially when most of the experiments consist of putting drops of clear liquid into another clear liquid, and watching it stay clear.”
Tim Dowling, The Guardian

Attila and the Empire of the Huns, More4
“So distracted is the viewer by all this that you hardly notice when you learn more than you ever knew about 5th-century politics.”
Helen Rumbelow, The Times

Radiohead: the Dave Fanning Interview, Sky Arts 1
“Fanning succeeded where other interviewers have not, by apparently following several simple steps: doing his research, being pretty charming and not being a total twerp.”
Rob Sharp, The Independent