“Is it really on ITV1? It feels just a little bit too… well… classy.” Read on for the verdict on last night’s TV. 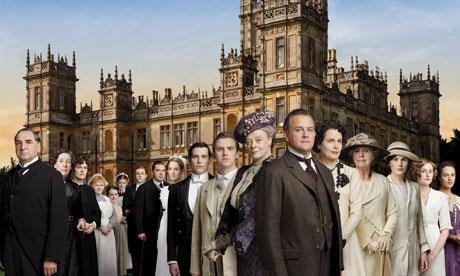 “It’s beautifully made – handsome, artfully crafted and acted. This is going to be a treat if you like a lavish period drama of a Sunday evening. Is it really on ITV1? It feels just a little bit too… well… classy.”
Sam Wollaston, The Guardian

“This series, to be clear, is no Brideshead but it is, in its own middle-brow way, ambitious. I will not spend the next seven weeks apologising for liking it.”
Andrew Billen, The Times

“It’s a bit of a Titanic itself  – glossy, ostentatiously luxurious and boasting a glittering passenger list of upmarket acting talent. It’s also very far from unsinkable, though it’s too early to say whether the commissioning editors are going to regret their investment… ITV will have to keep their fingers crossed for a bit longer yet.”
Tom Sutcliffe, The Independent

“On paper, this show reads like a Geordie version of Heartbeat….For all that the plots have an unrelenting bleakness which could have come straight out of the mid-eighties.”
Matt Baylis, Daily Express

ALL OUR WORKING LIVES – REVISITED, BBC4

“Whoever was behind [it] deserves a pat on the back. Programmes like this are documentaries in the real sense of the word.”
Matt Baylis, Daily Express

“I don’t think I’ll ever tire of watching people attempt the balls. The whole of Total Wipeout in fact. It’s my total guilty pleasure; I love it.”
Sam Wollaston, The Guardian