“A series so ill-thought-out that even its intro does not make its brief clear.” Read on for the verdict on last night’s TV. 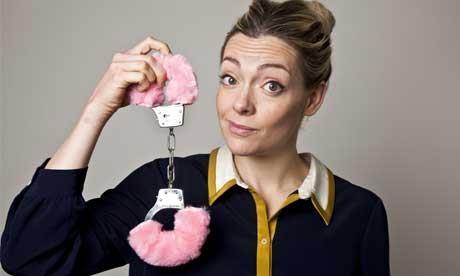 CHERRY HEALEY: HOW TO GET A LIFE, BBC3

“Her niche is the personal experience documentary, which is nice work if you can get it, since it appears to consist of padding out what you were planning to do anyway with a few extra interviews and a bit of direct-to-camera musing.”
Tom Sutcliffe, The Independent

“A series so ill-thought-out that even its intro does not make its brief clear.”
Andrew Billen, The Times

THE SECRET HISTORY OF OUR STREETS, BBC2

“Most of it was a tale of degeneracy into impoverished and slum dwellings, particularly at the north end, far from the dreams of the developers who put up their four-storey delights during the 1850s property boom.”
Lucy Mangan, The Guardian

THE STRANGE CASE OF THE LAW, BBC4

“It’s a wonderful, intelligent, literate series that unlike most of what issues from lawyers’ mouths and pens (with a few honourable exceptions, of course), seeks to illuminate the subject rather than exclude the listener from it.”
Lucy Mangan, The Guardian