“The sort of educational broadcast that makes one feel guilty for turning over.” Read on for the verdict on last night’s TV. 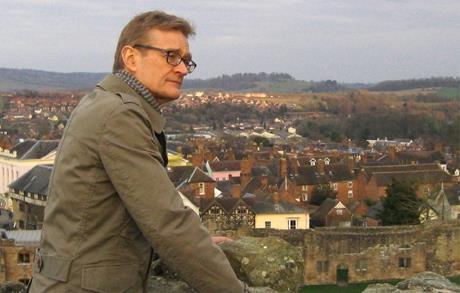 “All my prejudices about geography were reinforced by this programme: it straddles art and science uncomfortably…on the other hand, I found myself quite charmed by the modesty of its ambition, the affection it spread for everything in the town.”
Zoe Williams, The Guardian

“The sort of educational broadcast that makes one feel guilty for turning over…But it was also rather pleasant, and kind of gentle meander through a prettier place.”
Alice-Azania Jarvis, The Independent

“Crane did not prosectue his case with sufficient force. It was a bit of a travelogue.”
Andrew Billen, The Times

“Through a combination of archive performance, very sympathetic talking heads, and…huge enthusiasm, in a funny way it works.”
Zoe Williams, The Guardian

“Cumberbatch was an exceptionally compelling narrator, and Rattigan’s story given every inch the pathos it deserved.”
Alice-Azania Jarvis, The Independent

“Although it contained neither revelation nor special insight, it was a moreish hour with Cumberbatch cast as the thesp taking us on a “theatrical journey”.”
Andrew Billen, The Times

“The west coast of Ireland plays as much a part as the individual characters…There’s something almost poetic about this series.”
Virginia Blackburn, The Daily Express

“It made for very entertaining viewing, as well as a salutary lesson.”
Virginia Blackburn, The Daily Express

“Last night’s histrionics…were an example of how awful the Street’s become.”
Virginia Blackburn, The Daily Express