“I wish my school history lessons had been more like Andrew Marr’s History of Modern Britain.” Read on for the verdict on last night’s TV. 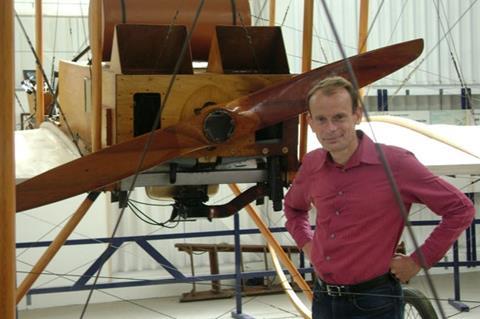 “Marr’s skill in this series has been to home in on stories of little-known figures, and tell them as if embarking on a thriller.”
Michael Deacon, The Daily Telegraph

“I wish my school history lessons had been more like [this]. It’s not just his energy, his animated bounding about, his willingness to get involved, play soldiers, do a (not very good) Churchill impression, that makes it so engaging. It’s also the way he mixes in little stories with the big ones.”
Sam Wollaston, The Guardian

“I have invented a brilliant game to play while watching … The game is called Guess the Gag.”
Sam Wollaston, The Guardian

“One of those programmes that get you wondering about the commissioning process … How could they sit in the presence of gags this lame and character depiction this arbitrary and not say no?”
Tom Sutcliffe, The Independent

“Rather good actors … flailing with a lame script.”
Tim Teeman, The Times

“All set-up, punchline, set-up, punchline … It’s a bit like watching a tennis match between any two current male British tennis players other than Andy Murray.”
Michael Deacon, The Daily Telegraph

“With an exercise like The Queen you need to make a decision; use the talking heads sparingly and let the drama rip, or keep it as a documentary and forget the drama. Each undermines the other in the Channel 4 attempt.”
Tim Teeman, The Times

The Man Behind the Masquerade, BBC4

“Neglected to ask any difficult questions (specifically about the sexual nature of his work), though did feature lots of naked, jiggling female flesh.”
Tim Teeman, The Times