“It was really, really good, despite some rather wobbly foundations.” Read on for the verdict on last night’s TV. 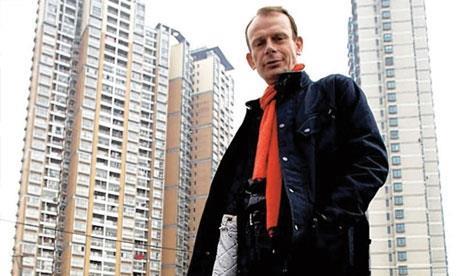 “It was really, really good, despite some rather wobbly foundations. The purpose, said our host, was to capture “the great story of our times”, of the millions of people who “are hearing the summons” – ie upping sticks and heading to the city.”
Alice-Azania Jarvis, The Independent

“The problem with all these examples, and the others Marr produced is that megacities are by their very nature as full of as many contrasts as they are full of people.”
Matt Baylis, The Express

“Just as Marr described the summons-like draw of the metropolis so the series is fairly magnetic. Merely the prospect of seeing his cheese-string physique experience riot training next week is enough to merit a return trip.”
Alex Hardy, The Times

“Marr tells it well, with both thoughtfulness and the bouncy enthusiasm he’s so good at – half swotty schoolboy, half favourite history teacher.”
Sam Wollaston, The Guardian

“Meet the Elephant Man was still interesting, both as a bit of schlocky history and as a profile of Richards himself. His is, by all accounts, a fascinating story: born without any known health problems, diagnosed with Proteus at the age of three, bullied at school, and still alive despite repeated predictions that he would die.”
Alice-Azania Jarvis, The Independent

“If you didn’t understand that films sometimes tell a story that differs from the truth in order to be entertaining or you just, enjoy watching scientists being paid to be something pointless, you might have relished this programme.”
Matt Baylis, The Express

“It takes patience, but is much more rewarding and (plain funny) than so much else.”
Alex Hardy, The Times