“David Attenborough appeared to have travelled no closer to the poles than the BBC voiceover booth.” Read on for the verdict on last night’s TV. 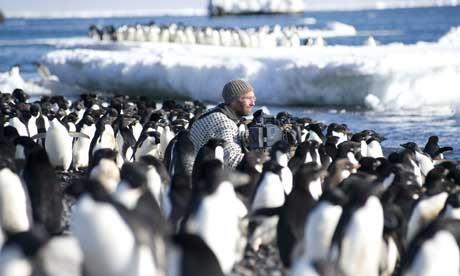 “David Attenborough appeared to have travelled no closer to the poles than the BBC voiceover booth. He should have spent more time on his script though.”
Andrew Billen, The Times

“Kirstie is lavish – in dress, in form, in enthusiasm and exclamation marks… She belongs in a time of plenty. Under current conditions she sits in the national landscape like a second empire sofa in a student squat. Let her retire gracefully, temporarily, from the scene and wait for better times.”
Lucy Mangan, The Guardian

“It’s an amusing concept but, of course, exactly the sort of MTV-lite nonsense the BBC, putting quality first, should not be doing, and certainly not in the mocking bad-faith manner of the commentary it provided.”
Andrew Billen, The Times

“It takes us where plenty have gone before and tells us while its still worth making the trip or at least watching as someone else does it for us.”
Matt Baylis, Daily Express

“This intriguing and depressing documentary wsa mostly concerned with whether the Americans can trust Pakistan. It might have been more illuminating if it had spent a bit more time on the question of whether Pakistan can trust the US.”
Tom Sutcliffe, The Independent

“All too often if you close your eyes you wouldn’t have a clue who was being lampooned. It gives an impression of being entertaining, but not always a convincing one.”
Tom Sutcliffe, The Independent