Will Strauss examines the impact that C4’s decision to opt for an advanced version of anaglyph for its 3D content could have on viewer perceptions of 3D. 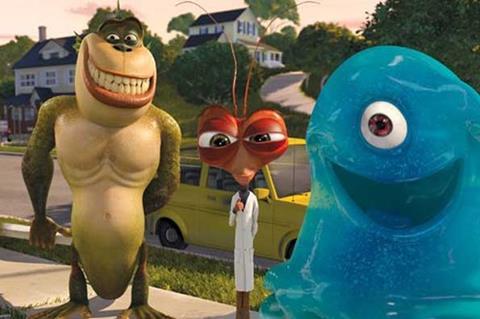 Channel 4’s plan to broadcast a week of peak-time programming in 3D later this year will have come as quite a shock to many within the broadcast fraternity.

Those are just asides.

The shock will be how it plans to air 3D content – using a kind of advanced version of the 150-year old technology that many people will remember from Doctor Who in 3D, Jaws 3D and other three-dimensional flops of days gone by.

Before I get shot down by any pedants, the people behind the technology that C4 plans to use say that it is definitely NOT anaglyph.

You can read more about it here: http://www.colorcode3d.com/whatis/

The good news it that is doesn’t require special TVs or set-top boxes, that the glasses are cheap and that it’s not traditional anaglyph.

Sounds great. But I’m not an expert so I asked a couple of people who are. One, from a terrestrial broadcaster, described this as ‘proprietary anaglyph.’

He said it was “Very poor on SD with the levels of MPEG2 compression we have [in this country].”

He did counter that by stating that it “can look ok in HD although it is impossible to do anything live with it.”

Another expert, this time from a London production company, agreed. “It’s just basically just a patented version of anaglyph with blue and yellow lenses (instead of red and cyan). It reproduces colour slightly better [than anaglyph] but is awkward to watch until your eyes get used to it as one lens is very dark. Looks better without glasses on than anaglyph though.”

You can make up your own mind.

For those that are interested, here are the different types of stereo 3D.

Now, why is any of this a problem? Having a week of 3D content will bring attention to 3D, and any publicity is good publicity, right?

Sky, with its plans for a dedicated 3D channel next year isn’t so sure. And neither are other rival broadcasters.

My broadcaster expert from earlier said that what Channel 4 is planning is “far removed to what is happening around the world with 3D. The difference in the experience will be considerable.”

He references Hollywood movies that are using full resolution high definition technology for their polarized version of 3D.

“In delivering a high-quality 3D TV to the home, Sky is currently using similar polarisation technology to that being employed very successfully in many of today’s cinemas. It’s a rich, immersive experience and one which we believe has a commercial future, hence our commitment to launch a channel next year. Whereas Sky is using the next generation of 3D televisions which promise a 3D cinema experience in the home, other broadcasters are offering viewers a 3D TV taster using anaglyph and current generation sets. We obviously welcome experimentation from other content producers. It builds awareness, interest and momentum, which is important in getting consumers engaged. But for Sky, the key lies in helping consumers understand that the 3D experience has moved on considerably from the red and green glasses of the 1980s.”

And that’s the crucial argument. If Channel 4’s 3D week doesn’t convince the British viewing public that 3D is worth watching, the perception of this burgeoning new entertainment format could be tarnished.

Which could set the 3D sector back many years.

C4’s content might be mind-blowing, making this argument rather redundant. But the same technology that C4 plans to use was utilised in the US earlier this year and it got a less than overwhelming response.

Two adverts were broadcast during the Superbowl. 100 million pairs of glasses were distributed. Plenty of people watched, but it was panned. Not by everyone, but enough to call it a flop.

If you don’t believe me, check this out:

It made the manufacturer of the glasses a lot of money. But they may have been the only winners that day.

James Cameron stated in an interview on 3D, albeit about feature film, no that long ago that: “Anyone using anaglyph glasses is not going to have a good time unless they’re a five year old on Ritalin. You’re creating a marketing challenge you have to dig yourself out of. We have to hunt those people down and take them out back because they’re hurting it for the rest of us.”

So, here is what I think: it’s great that 3D is getting lots of publicity and C4 is very brave to be doing what it is doing. The more 3D content that is commissioned, the more chance there is of a market being established.

But a word of warning. If it’s not bloody good, there is potential for this to have a negative impact on the public’s perception of 3DTV. I very much hope I am wrong.