“Credibility is both the subject..and one of its problems.” Read on for the verdict on last night’s TV. 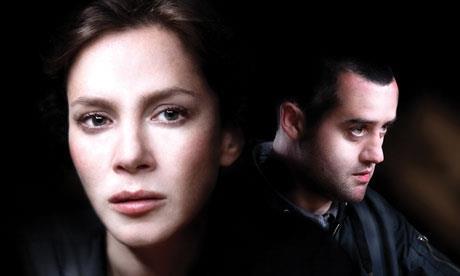 “What made the drama so compelling was its inexorability and its absence of hope, and a feelgood get-out clause would be lame and unrealistic. Not that I was wholly convinced by Friel – come to think of it, I’m not sure she was either, being hobbled by a part that demanded she risk immediately repeating the same catastrophic mistake that had almost cost her her job the first time – but Mays was outstanding, perfectly capturing the toxic blend of bravado and insecurity of the freed lifer who can’t quite get his head round why everyone else finds it a little harder to forgive him than he does.”
John Crace, The Guardian

“Five minutes from the end, it suddenly surrendered the high ground. “I didn’t do it”,  Eddie said. Has all this effort been, after all, expended in the cause of a whodunit?”
Andrew Billen, The Times

“Borja Cantera’s film was a study of how quickly the universally acceptable can flip into the untolerated. Presented as the evolutionary history of the smoker, it began with the democratisation of the fag with the invention of the first cigarette-rolling machine in 1880 and closed with a hideous vista of extinguished stub-ends, smouldering gently like a post-apocalyptic landscape.”
Tom Sutcliffe, The Independent

“It explored the relatively brief period during which smoking was considered good and right and proper.”
Matt Baylis, The Express

“The bottom line here is that this is actually a pretty useful cookery programme, delivering a high tip-to-packaging ratio and some intriguing kitchen demonstrations.”
Tom Sutcliffe, The Independent

“The editing remains disjointed and borderline deceitful. If David Attenborough can be taken to task for not disclosing where he filmed each polar bear in Frozen Planet, then I’d like equal honesty here, when it comes to showing us who has an epidural or other intervention and when. Otherwise the unfolding of events and the actions and reactions of the couples and of the medical staff frequently make no sense, which is confusing for the viewer and unfair on them.”
Lucy Mangan, The Guardian

“Was, I wondered, the effort of editing seven weeks’ footage from 40 cameras going to be jusitifed by a third series? But after a slow gestation, I ended as usual in the series’ forceps grip.”
Andrew Billen, The Times