“Slightly brainless but nevertheless entertaining.” Read on for the verdict on last night’s TV. 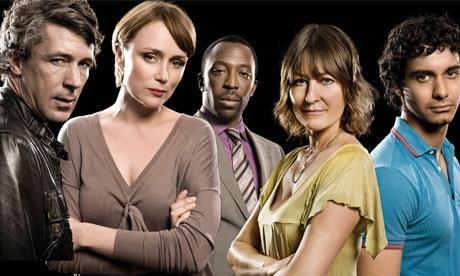 “Absolutely everything you would expect of an ITV drama plus a little bit extra. It has stars, clichés, plots as glaringly obvious as Katie Price’s botox…Slightly brainless but nevertheless entertaining.”
Sarah Vine, The Times

“A standard detective drama, with racy, up-to-the-minute subject matter to kid us into thinking that we are watching something highly original. We’re not. Ed Whitmore’s script ticks just about every police-procedural box. But on the plus side, Whitmore writes decent plots, good dialogue, and obligingly even throws in the odd bit of humour.”
Brian Viner, The Independent

“I don’t think dialogue is Identity’s strong point. It seems obsessed with the way it looks, too, almost as if the art director is running the show. But it does rattle along at a fair old lick, certainly less (PC) plodding than The Bill. Whether a six-part series, with possibly more to come, stays interesting when they’re always going to be fighting the same crime, remains to be seen.”
Sam Wollaston, The Guardian

“I’m not at all sure why two of my evenings have to be given over to a sort of Oprah Winfrey-style biology lesson.”
Matt Baylis, Daily Express

“Noticing that surprising numbers of people like Antiques Roadshow and that an equivalent  or slightly higher number of people like Masterchef, this person came up with Antiques Master, a hybrid show which somehow manages to sidestep the appeal of both its parents. A bad idea for a show.”
Matt Baylis, Daily Express

“It was a tawdry affair, cheapening the dignified testimonies of the survivors and bereaved by continuing to film them when they started crying, but most of all with an overwrought narration.”
Brian Viner, The Independent