“He caught that potent mixture of eccentricity, gentility and brutality.” Read on for the verdict on last night’s TV. 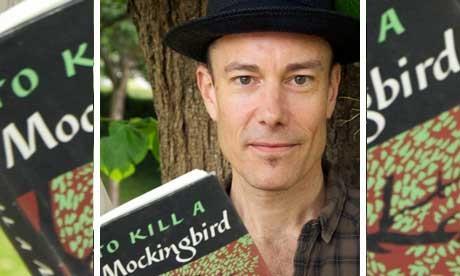 “Enjoyable but flawed television…disappointing that Smith managed to tell us quite so little about Lee beyond the news she was…private and reclusive.”
Andrew Billen, The Times

“He caught that potent mixture of eccentricity, gentility and brutality that pervades the south and the book.”
Lucy Mangan, The Guardian

“Much was made of Harper Lee’s refusal to give an interview, which wasn’t a surprise given she’s taken this stance since 1964.”
Matt Baylis, Daily Express

“Very enjoyable – not least because Jones himself seems devoid of vanity or self-importance.”
Tom Sutcliffe, The Independent

“Yentob and his product returned to form…somewhere between vapid and godawful. It didn’t tell me anything I didn’t already know or wouldn’t have surmised.”
Lucy Mangan, The Guardian

“Yentob still knows how to assemble a good documentary profile…This Imagine did not disappoint as a celebration of a voice which combined the power of the opera with the sensibility of soul.”
Andrew Billen, The Times

THE SEX EDUCATION SHOW: AM I NORMAL?, C4

“The series carries the subtitle Am I Normal? and it’s bent on levering apart the narrow parentheses that clamp around that concept so that virtually nothing, however unusual will fall outside of them.”
Tom Sutcliffe, The Independent

“One of those programmes that’s reassuring but only if you happen to be a grown-up.”
Matt Baylis, Daily Express