“An extraordinary cornucopia of joy and wizardry and humour.” Read on for the verdict on last night’s TV. 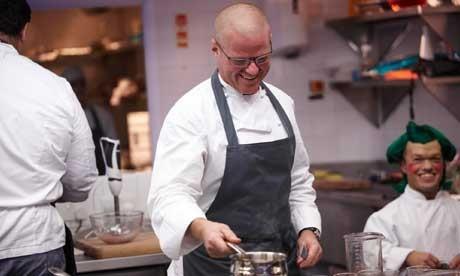 “I love this show, but perhaps next time round they can spare us the stale celebrities (Patti Boulaye or Mike Read, anyone?) and give ordinary viewers a chance to win a golden ticket. I’m pretty sure we can say ‘Wow! That’s amazing!’ just as effectively.”
Tom Sutcliffe, The Independent

“It’s still wonderful, an extraordinary cornucopia of joy and wizardry and humour. Forget the fire stations, Heston, and those awkward encounters with human beings. Keep the white coat on and stay in the lab. Get some better guests too.”
Sam Wollaston, The Guardian

“Atkins’s film would have been stronger if it had been just a little shorter and just a little less at pains to connect all its dots together into a single global web of conspiracy.”
Tom Sutcliffe, The Independent

“The more the documentary tried to persuade us of the greatness of Frost, the less convinced I was.”
Andrew Billen,The Times

“Hope permeated last night’s extraordinary account of the work of heart surgeons at Great Ormond Street children’s hospital. It would have been kinder if pessimism had instead, kinder even to us viewers conditioned by hospital dramas where the standard outcome of heroic, against-the-odds surgery is the happy one.”
Andrew Billen, The Times