“As real and raw and unredemptive as television ever presents.” Read on for the verdict on last night’s TV. 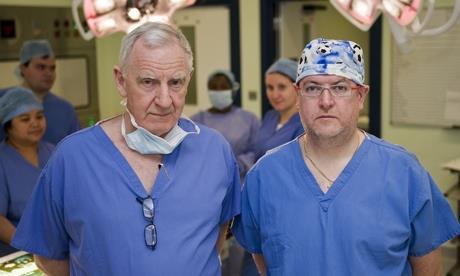 “There are not so many programmes you watch acknowledging their brilliance while wishing they would end immediately… The remarkable thing about this programme is not the access the film-maker Shona Thompson gets to the surgeons and surgery. It is the access she is granted to parents at the lowest ebb of their lives. The result is something as real and raw and unredemptive as television ever presents — and damn near unwatchable.”
Andrew Billen, The Times

“So much of it was unbearable.”
Sam Wollaston, The Guardian

“A deeply absorbing hour that highlighted the random nature of child cancer and the quiet heroism of the professionals and parents who tread the difficult line.”
Arifa Akbar, The Independent

“A few more [laughs] than I predicted.”
Andrew Billen, The Times

“It doesn’t feel like a tired old sketch show, an Armstrong and Miller, a Watson and Oliver, a Who-cares and Shut-up. It’s puerile, tee-hee; there’s a (delightful, I think) anarchic lunacy about it. It’s also bold, imaginative, original, and dead funny. Hell, I’m going to push the boat out here and say it: it’s refreshing.”
Sam Wollaston, The Guardian