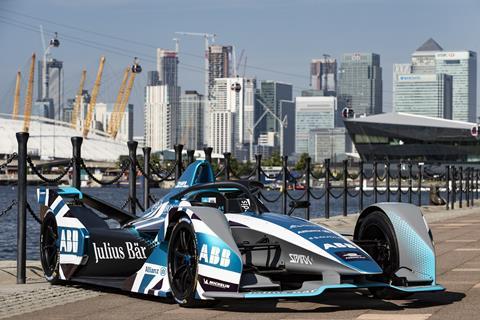 The BBC is to televise all of this season’s Formula E races live, on free-to-air TV and online.

The Marrakesh e-prix in Morocco on 29 February and Rome e-prix on 4 April will go out on (as yet unspecified) BBC network channels, while every e-prix is to be streamed live on BBC iPlayer and the BBC Sport website.

A number of races will also be available via BBC Red Button.

Formula E made its terrestrial debut on the BBC this year when the Hong Kong e-prix in March was shown live on BBC2. The Formula E season spans 12 cities in five continents, with the opening race in Diriyah on Friday (22 November) and Saturday (23 November).

This is followed by events in Santiago, Mexico City, Sanya, Paris, Seoul, Jakarta, Berlin, New York City and the season finale in London.

Formula E chief marketing officer Jerome Hiquet, said: “Expanding our broadcast partnership and offering different ways to watch Formula E on the BBC helps bring British fans closer to the sport than ever before. We want the ABB FIA Formula E Championship to be accessible to the widest possible audience and with five British drivers on the grid, Formula E fans in the UK will need to choose who they are getting behind when racing returns to London in July next summer.”

As well as the BBC, all Formula E races this season will also be broadcast on Eurosport, and select events also shown live and free-to-air on Quest.