AVoD service to grow original programming by 70% in 2022 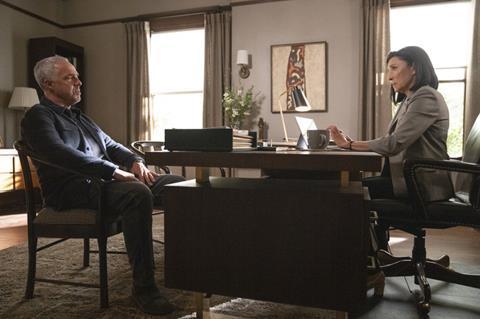 Amazon has rebranded its AVoD platform IMDb TV to Freevee and announced it will grow its original commissions by almost three-quarters in 2022.

From 27 April Amazon Freevee will be the official name of the free streamer, which has tripled its monthly users in the US since its launch two years ago and launched in the UK last September.

Freevee will continue its international expansion by landing in Germany later this year and will grow its originals slate by 70% by the end of 2022. This includes tentpole titles Bosch: Legacy, the spinoff of stablemate Amazon Prime’s longest-running original series, which lands on 6 May; home-design series Hollywood Houselift with Jeff Lewis; Greg Garcia’s comedy series Sprung; and High School, a scripted series adapted for television by Clea DuVall, produced by Plan B.

Speaking to Broadcast ahead of its 2021 UK launch, Lauren Anderson and Ryan Pirozzi, co-heads of content and programming, said Freevee (then IMDb) originals from Britain was the next “logical” step for the expanding service.

Jennifer Salke, head of Amazon Studios, said of the rebrand: “Over the past two years, we have seen tremendous growth for our AVoD service and are committed to bringing our audiences premium, free-to-consumer content.

“We’re looking forward to building on this momentum with an increasing slate of inventive and broadly appealing originals and are excited to establish Amazon Freevee as the premier AVoD service with content audiences crave.”

“Our new name clearly communicates who we are: an easy-to-navigate streaming service, available to users for free, whenever and wherever they choose to watch some of the greatest Original and licensed content available.”