“If the script really called for so many accents, they should have got Rory Bremner.” 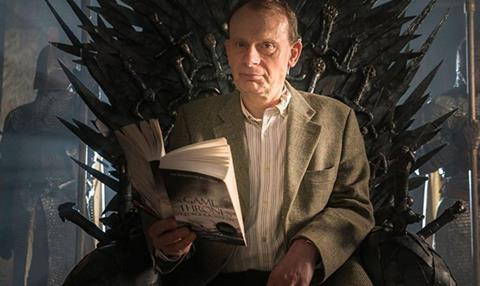 Sophie Hannah dissects Agatha Christie, which leads to a shocking revelation: Marr doesn’t rate the queen of crime. “Her characters are a bit cardboardy,” he confesses. Which is pretty much how I’d describe this programme.
Chitra Ramaswamy, The Guardian

As he zigzagged about the history of the genre from Agatha Christie over to locked-room mysteries, hardboiled American noir, back to Agatha and thence to Mike Phillips’ Eighties London grit, Mr Marr resembled nothing more than Christie’s Inspector Japp, blundering about the crime scene while Poirot solved the mystery.
Matt Baylis, Daily Express

The secrets from a golden age of crime fiction were as jolly as the later discursions into contemporary fiction were dark.
James Jackson, The Times

If the script really called for so many accents, they should have got Rory Bremner.
Christopher Stevens, Daily Mail

The SAS are a bit hush-hush so don’t tend to let camera crews snoop around their special ops, so getting a bunch of civilians to act out boyhood fantasies is television’s best approximation. There was a strong and pointless flavour of let’s pretend in the woods.
Jasper Rees, The Telegraph

It makes other bootcamp shows look like children’s assault courses (literally in the case of the Channel 5 rival, Raw Recruits: Squaddies at 16).
James Jackson, The Times

The senior staff, especially “made from girders” Corporal Grant, do a good job of shouting and cursing in all the right places but sometimes you sense it’s all a bit of an act.
Matt Baylis, Daily Express