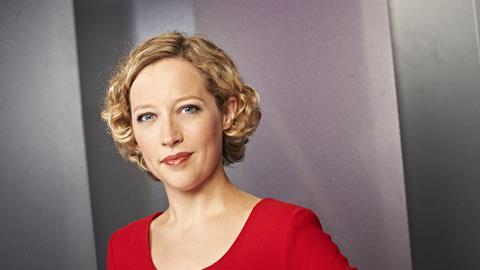 The art of the interview: Channel 4 News presenter Cathy Newman recalls a tense encounter with Oswald Mosley’s son Max about a racist pamphlet

My interview with Max Mosley was arranged at very short notice one afternoon, giving me just a few hours to prepare for what turned out to be a tense encounter.

The Daily Mail had shared a dossier with Michael Crick, my then-colleague at Channel 4 News. In an archive in Salford, the Mail’s researchers had found an original copy of a racist pamphlet published by Mosley when, in 1961, he was Walter Hesketh’s agent in the Manchester Moss Side by-election.

Hesketh was standing for the Union Movement, the fascist party led by Max’s father, Oswald Mosley. The pamphlet contained awful, scaremongering stuff about the threats supposedly posed by ‘coloured immigrants’ to the British way of life – claims that they would ‘lower living standards’, form a ‘large pool of unemployed’ and threaten children’s health by spreading tuberculosis, leprosy and sexually transmitted diseases.

The News of the World’s lawyers had known of its existence but been unable to track down a copy in time. The fact we now had one of the pamphlets in our possession raised the question of whether Mosley had lied under oath. And, of course, I had to put that question to him.

Generally, I don’t get nervous before interviews. As long as you’ve done your homework and are well prepared, you can be confident of a decent result. But I don’t mind admitting I was nervous this time. For one thing, the Mosley showdown required more homework than usual. And I didn’t have long to get my head round it.

“I was hyper-aware that putting a foot wrong could have disastrous consequences and that Mosley, as a former barrister, would have a tactical advantage”

Big interviews like this one with Mosley are a collective effort because so many different types of expertise are needed in the run-up. There were several meetings between Channel 4 News’s legal and editorial teams to establish what I could and couldn’t say.

I was hyper-aware that putting a foot wrong could have disastrous consequences and that Mosley, as a former barrister, would have a tactical advantage. So, we ran through various scenarios, trying to anticipate his responses and work out a strategy. 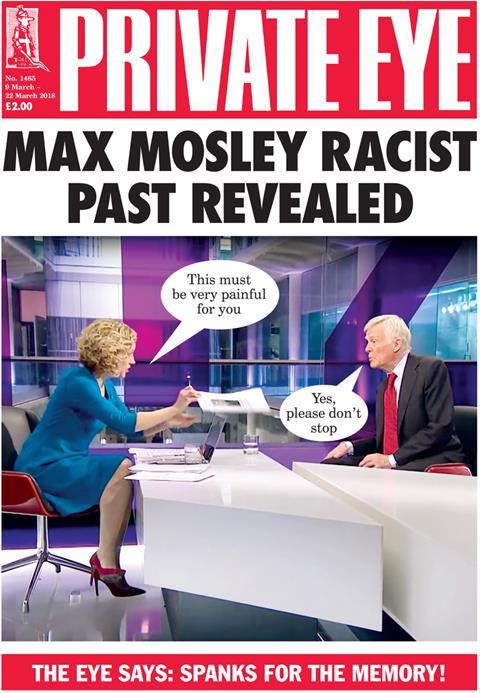 I was feeling pretty anxious when I met Mosley in the Green Room beforehand. But it turned out to be one of those serendipitous moments when a clue falls into your lap. We said our hellos, all very polite and friendly (though I’d just become aware of a ladder in my tights and hoped he hadn’t noticed).

I asked him as a starter for 10 what he made of the story we were about to discuss live on national television, fishing for any information that might give me the upper hand.

I can’t remember his exact reply but it made two things clear: first, he wasn’t planning to deny the existence of the pamphlet, as we’d thought he might; and second, I needed to have it on me so I could produce it during the interview.

We took our seats and I remember he seemed very nervous, even more than me - his hands were shaking and his breathing was laboured. I got stuck straight in.

The big question was this: had he lied under oath in 2008 when he claimed it was ‘nonsense’ that he’d published the leaflets? He denied it forcefully. “I wouldn’t dream of lying under oath,” he said. “That’s a very offensive suggestion, which you shouldn’t make.”

He then blustered, first implying there was something dubious about our story, then that the whole thing might be a hoax. I brandished the pamphlet at him and he didn’t want to touch or look at it. I remember finding that interesting.

Quite suddenly he changed tack. “I’m not even sure if it’s genuine,” he said, “but if it is genuine it doesn’t reflect my views today.”

“Initially he denied it was racist, saying the suggestion that immigrants brought disease was merely “deeply offensive”, but quickly realised how silly this sounded”

That was an extraordinary moment. It gave me a foot in the door because once he’d allowed for the existence of the pamphlet, I could move on and ask him about its racist content, which he was legally responsible for as the publisher.

Initially he denied it was racist, saying the suggestion that immigrants brought disease was merely “deeply offensive”, but quickly realised how silly this sounded. “Yeah that probably is racist,” he admitted. “I will concede that completely.” 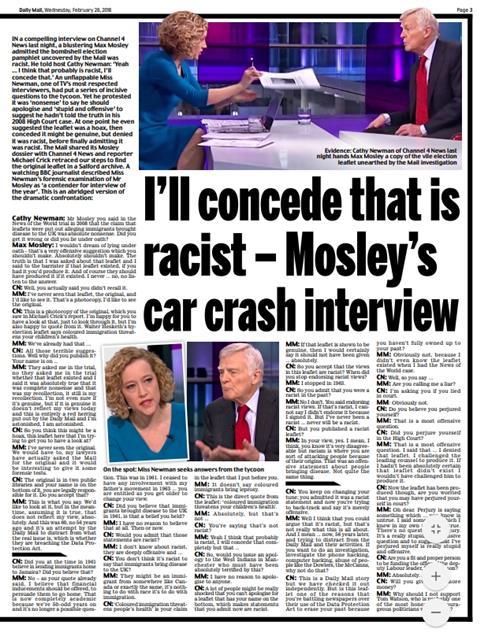 But then he tried to claim that, despite having endorsed a racist leaflet, he wasn’t a racist himself and anyway it all happened more than 50 years ago – assuming, that is, that it had happened: he returned more than once to the issue of the pamphlet’s authenticity. It was hard keeping track of his argument because it was all over the place.

I had to listen to every word, much as a barrister would – one such as Mosley - in court.

While I was asking him why he would not apologise to immigrants in the constituency where the election took place, his mobile started ringing, and I found myself asking him rather sternly to take his call afterwards

Our encounter was followed up by all the national newspapers and even made the front of Private Eye, with a picture of me brandishing the wretched pamphlet, and two speech bubbles. Mine says: “This must be very painful for you”. And his reply? “Yes, please don’t stop.” We all laughed, including, I’m told, Mosley himself.