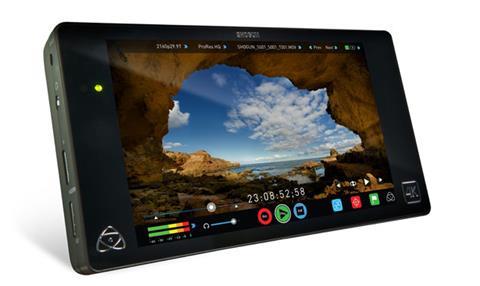 Atomos has now announced a ‘Bare Bones’ version of the Shogun that removes all accessories except an SSD media case and AC power supply, for $1695 (around £1,150).

Atomos said it had moved in response to customer and channel requests for a unit supplied only with an AC adapter, in order to utilise legacy equipment and camera products they already own as well as making a second recorder unit more affordable.

Atomos has also included a high quality soft carry case for protection. The complete suite of accessories will also be available for $395 (around £270).

“Shogun Bare Bones is all about accelerating the move to 4K at breakneck speed in combination with the amazing Japanese 4K high quality affordable cameras, allowing customers to utilise legacy Atomos accessories they already own,” said Atomos CEO Jeromy Young. “We still expect the full Battle Ready Shogun loaded with accessories to be popular, but now users can decide what makes sense for their first and second 4K camera rig.”

“We liked the idea so much we decided to extend it to the entire Monitor/Recorder range,” added Young. “Ninja 2 at $395 is a steal, it is our original flagship product and our most successful. Ninja Blade and Samurai Blade have the 5-inch SuperAtom IPS 325PPI monitor, calibration, WFM, Apple ProRes and Avid DNxHD and are bare bones for $795.”

The bare bones versions of the Shogun, as well as the Ninja 2, Ninja Blade and Samurai Blade are expected to be available from resellers in May.