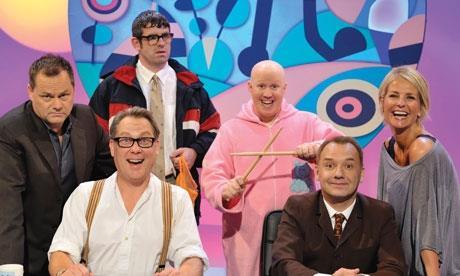 The series, made by Pett Productions, launched in 1995 and ran for more than 70 episodes, although there were two hiatuses – first for five and then six years. The most recent run this summer was its eighth series.

Lisa Clark, executive producer, told Broadcast: “It’s a shame given the ratings and the response we were getting from critics, but we have been told that it is all part of DQF. There isn’t enough money – there is not a lot you can say to that.

“Obviously it was very popular, partly because it was always refreshing itself – something that not all formats do. It’s a real shame because it was unique – and they are unique.”

The news – which was relayed via telephone – had been so unexpected that the team has no contingency plans for the show, she added.  “We are having a think about what to do next.”

But this dipped to 1.74m for the 2010 series and fell further to 1.53m for the latest run in August-September this year.

However, Vic and Bob remain a popular duo. Over the summer, the pair fronted an online-only series for Fosters called Vic and Bob’s Afternoon Delight.

A BBC spokeswoman said: “In future there will be less space on BBC2 for comedy/entertainment panel shows so sadly Shooting Stars won’t be returning.  We’d like to thank Vic and Bob for everything they’ve brought to the channel over the years.”