The BBC has made nearly 3,000 freedom of information (FOI) disclosures over the past five years and requests to the corporation are rising, as the government presses ahead with controversial plans to reform the Act. 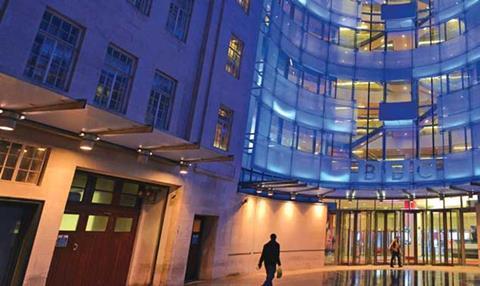 The BBC’s record on FOI enquiries since January 2011 has been laid bare in figures obtained by Broadcast, which show that when a request qualifies under the law, introduced by Labour in 2000, the corporation is three times as likely to disclose information as withhold it.

The BBC received a total of 9,103 FOI requests over the five-year period, but around half of these fell outside of the Act. It does not have to respond to questions about its “journalism, art or literature”, or those that are related to commercial subsidiaries, such as BBC Worldwide.

The broadcaster received 4,574 qualifying requests for information in the five years to October 2015, of which 2,994 (65%) resulted in full or partial disclosures. The BBC withheld information in 794 cases, while in a further 786 cases, the request was closed, unrecorded or the information was not available.

The figures, obtained by Broadcast under the FOI Act, also show that requests to the BBC have grown year on year – and it appears to be getting faster to respond to enquiries.

The corporation received 1,047 qualifying requests in the 10 months to October last year, a 42% increase on the 733 recorded for the whole of 2011.

The BBC responded to 6.5% of questions late – taking more than 20 working days – last year, compared with 27% in 2012, when late responses hit a high over the five-year period.

The BBC’s FOI record has been revealed at a time when the government is reviewing the Act. In July, Downing Street appointed a five-strong commission, led by outgoing Channel 4 chairman Lord Burns, to consider a series of measures to water down the law. These include the potential to charge (or to charge more) for requests, and a proposal to make it easier to rule out the disclosure of internal discussions.

Attempts to weaken the FOI Act are being campaigned against vigorously by the press, MPs and lobby groups, who view it as step backwards for transparency.

FOI supporters
In the case of the BBC, campaigners would like to see FOI rules strengthened. Campaign for Freedom of Information director Maurice Frankel argued that the derogation in the law, which means the BBC can withhold information related to journalism, art or literature, has grown wider than originally intended. “There is no reason why the BBC should not disclose historic information on its programming,” he said.

A BBC spokesman said: “The BBC is committed to openness and transparency, and voluntarily discloses information, including in response to hundreds of requests where we are not legally obliged to do so. However, many requests relate to our programmes or journalism, and the law specifically protects this information, so we can report impartially and produce the best possible programmes.”

Inefficiency exposed
Exposing BBC inefficiency is a favourite game of the British press and it has received requests on everything from its biscuit budget to multimillion-pound IT projects. In 2014, the Daily Express revealed that the BBC spent £10m on payoffs for staff – only to re-employ them. Last year, The Guardian found that the BBC spent £7m on consultants after promising a crackdown, while Broadcast revealed in December that the BBC had shelled out £2.3m on headhunters since 2010.

Pressure over Savile
The BBC was inundated with FOI requests in the heat of the Jimmy Savile scandal in 2012, and the questions helped expose the scale of the corporation’s problems. The Sunday Times secured emails revealing that former DG Mark Thompson learned about Savile’s actions seven months before leaving in September 2012. The Telegraph, meanwhile, learned in May 2013 that the BBC had been hit with 152 staff harassment complaints in the month s following the Savile debacle.

The downright ridiculous
For every worthy FOI, there are others that raise eyebrows. “What are your plans if zombies invade the country, will you continue to entertain them as you do with us average humans?” the BBC was asked in 2011. It replied: “We can fairly safely say that the BBC does not hold any recorded information about plans to entertain any future zombie population.”