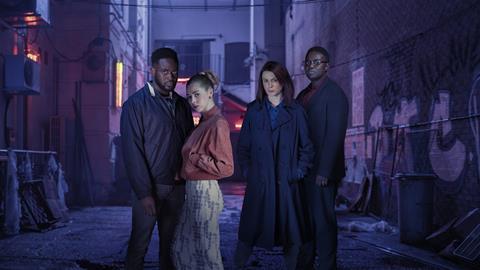 BBC Studios is banking on subscription revenues, creative partnerships and content sales to help mitigate heavy losses caused by the coronavirus pandemic over the next couple of years.

Today’s (15 September) BBC Annual Report, which reported record returns from BBCS to its public service-owner but didn’t cover the coronavirus lockdown period, laid out a string of challenges that will impact revenues next year, including filming pauses, increased production costs and reduced ad revenues.

Speaking to Broadcast following the report’s publication, BBCS acting chief executive Tom Fussell said the decision to diversify and push into subscriptions will stand it in good stead.

He cited direct-to-consumer services BritBox North America, which just crossed the 1m subscriber mark and soon-to-launch BritBox Australia, as well as content partnerships struck with the likes of Discovery and HBO Max.

“It’s so important to have that breadth,” said Fussell. “We are able to bring in money from other areas of the business and still invest in development teams to get back to a safe and creative way of working.”

According to Fussell, around 60% of BBCS’ productions have now resumed filming.

Last year was also the first year that BBCS took full control of UKTV, which combined with other offerings to boost BBCS’ branded services division’s EBITDA by more than 50%.

Fussell cited Gaby Hull’s thriller We Hunt Together (pictured) as a show that has “gone through the entire [BBCS] system”, having been produced by the outfit’s drama department, aired on UKTV-owned Alibi and now being shopped globally by the distribution division.

Content sales increased by a record 21% to just shy of £500m, a “very resilient” growth area that Fussell is confident can withstand the worst of the pandemic’s impact into next year.

The former BBCS chief financial officer has taken interim charge whilst a permanent replacement is sought for Tim Davie.

Fussell revealed BBCS has followed in the footsteps of super-indie All3Media by returning furlough money to the government.

The producer/distributor placed around 600 PAYE freelancers on the government’s Coronavirus Job Retention Scheme until the end of last month.

According to Fussell, the move will free up BBCS to invest in future dividends for the BBC or certain public services.

Had BBCS not returned the furlough money, it may have faced pressure not to invest in certain areas.