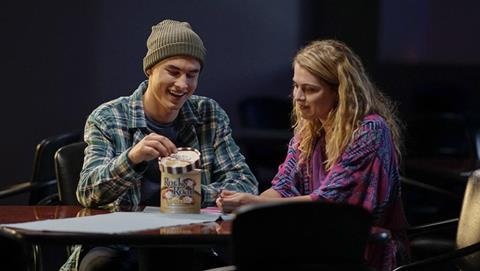 BBC Children’s and 4music have both picked up young-skewing shows from Viacom International Studios’ Awesomeness TV.

Series one and two Zac and Mia, a drama about two teenagers who meet in a cancer award, will be exclusively available in the UK on iPlayer.

The deals are among six international VoD content packages Awesomeness TV has sold in the run-up to Mipcom.

On the continent, RTL’s Videoland has also scooped up Guidance, along with horror Freakish, and Emmy nominated Light as a Feather.

Teen heartthrob Noah Centenio will be heading to Hungary via thriller T@gged, three series of which have been acquired by free-to-air channel MTVA—the channel will also be broadcasting Guidance.

Showmax, a South African SVOD, has acquired comedy All Night and Love Daily.

Elsewhere, Canadian SVOD SRC has licenced the first two series of Light as a Feather.

“In the last year we have experienced a significant increase in demand for GenZ content from clients” said Lauren Marriott, Vice President, International Content Sales, VIS.

“VIS is well placed to deliver through its strong slate of youth-focused titles from both our Awesomeness and MTV catalogues.”

The digital-focused content brand, whose content is aimed at Generation Z, entered into an international distribution agreement with VIS six months ago.