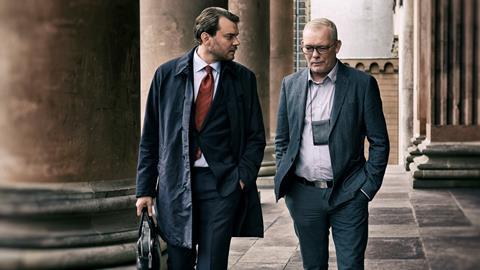 The BBC has supersized Fremantle’s Scandinavian true crime production The Investigation after pre-buying the series.

The drama, co-produced by Fremantle-owned Miso Film and Outline Film, is the latest TV project from Mindhunter director Tobias Lindholm.

It explores the murder of Swedish journalist Kim Wall, which made global headlines in 2017 and is being made in close cooperation with the head of homicide for the Copenhagen Police Jens Møller and Wall’s parents, Ingrid and Joachim. .

Created and written by Lindholm, the drama follows the complex investigation carried out by Møller, and the methodical, unusual and technical work that led authorities to the murderer Peter Madsen – whom Wall had been in contact with for an interview.

The BBC has pre-bought the series, which is currently in production, with the broadcaster’s investment helping co-finance the show.

Jamie Lynn, executive vice-president and head of EMEA distribution at Fremantle, told Broadcast the investment by the BBC was significant and this acquisition had “elevated the series to event television”.

“The BBC breathes credibility and they could see from the outset that we’ve got something special here.”
Jamie Lynn, Fremantle

He added: “I don’t want to make this about budget, but this probably double, budget-wise, what normal Scandinavian dramas go for. This will be much bigger than your usual Scandi Saturday night show.

“The BBC is taking it more seriously, it’s a bigger commitment from them. The BBC breathes credibility and they could see from the outset that we’ve got something special here.”

Sue Deeks, head of programme acquisitions for the BBC, said the involvement of Oscar-nominated director Lindholm, whose previous credits include feature films A Hijacking and A War, was an attractive proposition.

“Tobias Lindholm is an extraordinarily gifted and sensitive film-maker, and we are so looking forward to bringing the remarkable story of The Investigation to BBC viewers,” she added.

The series, which has also gone to Mediengruppe RTL in Germany, was commissioned by Denmark’s TV2, SVT in Sweden and Scandinavian SVoD platform Viaplay with support from The Danish Film Institute’s Public Service Fund and Copenhagen Film Fund. Fremantle distributes the series globally.

Lynn said the sale to the BBC was proof that traditional broadcasters were still able to offer value to distributors for creating event television and global appeal and can compete with global streamers.

“The BBC has done a really good job in acquiring the best in global programming, competing with the deep, deep pockets of certain large, international subscription services,” he said.

“The days of wait-and-see are risky. If you have a high-profile, exciting piece of content with the right package attached, waiting for a pilot is a risky scenario when there are global bodies willing to step up early. The smart partners are recognising that they need to be involved early.”