Gordon Brown in battle for over-75s 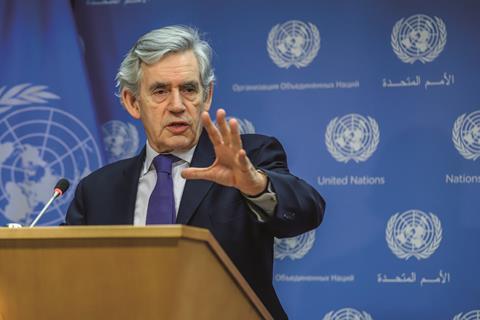 An independent group led by Gordon Brown has been working quietly for the past year to broker a deal that would hand free TV licences back to the over-75s.

Brown introduced the pensioner benefit almost 20 years ago when he was chancellor, and Broadcast has learned that the former prime minister has been working up proposals with Enders Analysis founders Claire and Alice Enders, and charity Age UK, since January.

His proposals involve the BBC paying a sum of around £200m- £250m a year to the Department for Work and Pensions (DWP), with the government stumping up the additional £500m required to meet the full £750m cost of funding licences for the over-75s.

This arrangement would remain in place until the 2021/2022 midterm licence fee settlement review, when the concession could either be extended for another five years or properly renegotiated.

Brown presented the plans to both the BBC and the DWP when Theresa May was still in power, but talks were protracted and he failed to get the two sides to agree a compromise.

The proposal addresses Brown’s issue with the current situation – his philosophical objection to the corporation administering a welfare benefit in place of the government.

Brown wrote a series of opinion pieces in national newspapers in January, slamming the government for imposing “taxation without representation” by placing the decision in the hands of the BBC – the result of 2015’s shotgun charter negotiations.

The initiative began at the start of the year as an attempt to avert a crisis. A deal with the DWP could not be reached and the BBC decided in June that in future, only those who qualify for the means-tested Pension Credit will receive a free TV licence. This decision is set to cost the corporation £250m a year.

Speaking to Broadcast about the plans, Claire Enders said the working group had come close to an agreement, but acknowledged there is still unwillingness to compromise on both sides.

“There was a moment when we felt like everybody was sympathetic but Mrs May began to get shirty”
Claire Enders, Enders Analysis

She said May’s cabinet had been far more sympathetic to the BBC’s cause than Boris Johnson’s government, and flagged that advocates of the BBC, such as Jeremy Wright and Jeremy Hunt, served under the former PM but not the current one.

“Jeremy Wright was especially keen on Gordon’s plan; he was sympathetic,” she added. “There was a moment when we felt like everybody was sympathetic but Mrs May began to get shirty and the BBC always expected too much. It expected the government to say ‘OK, this was a cock-up’ but that was never going to happen.”

Enders added that Johnson’s staff and ministers generally take a less favourable view of the BBC. “Boris has called the BBC the Brexit Bashing Corporation and is very cognisant of the fact that lots of Brexit Party members want to see an end to the BBC,” she added.

The 12 December General Election could yet offer Gordon Brown, his group and around 3.5 million pensioner households an early Christmas present. 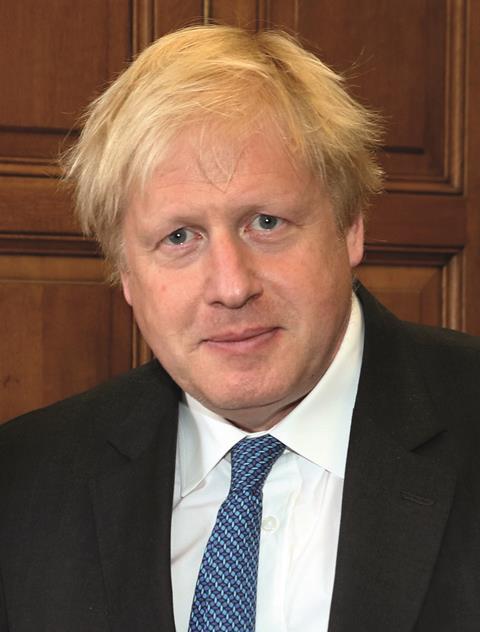 The Labour Party has already committed to “saving free TV licences for the over-75s” in its upcoming manifesto and Boris Johnson appears to have softened on the issue.

In what appears to be an attempt to appeal to the ‘grey vote’, the prime minister is reported to have ordered officials to “find a way” to restore the payments and stated that he will personally be attempting to “thrash out a solution” with the BBC.

These comments break from previous calls for the BBC to “cough up” the full sum. “The BBC is praying for a happy outcome at the General Election,” said Enders Analysis co-founder Claire Enders.

“I don’t know how the situation would be advanced in the case of a hung parliament, but if the Tories or Labour get a majority, this could be an opportunity to sort something out quickly and reverse the requirement.”

Brown’s plans to involve the Department for Work and Pensions (DWP) have been temporarily placed on ice but will be resurrected if there is no material change to the situation, with the BBC set to shoulder the £250m cost from next June.

Concerns about the Pension Credit benefit, which is not collected by around one-in-three of those entitled to it, have consistently been raised by prominent age charities.

Age UK recently said thousands of pensioners will be “plunged into poverty” when they take on the £154.50 annual fee.