Tributes pour in for Chris Cramer

Tributes have flooded in from the British broadcasting sector to former BBC head of newsgathering and CNN International boss Chris Cramer, who died earlier this month. 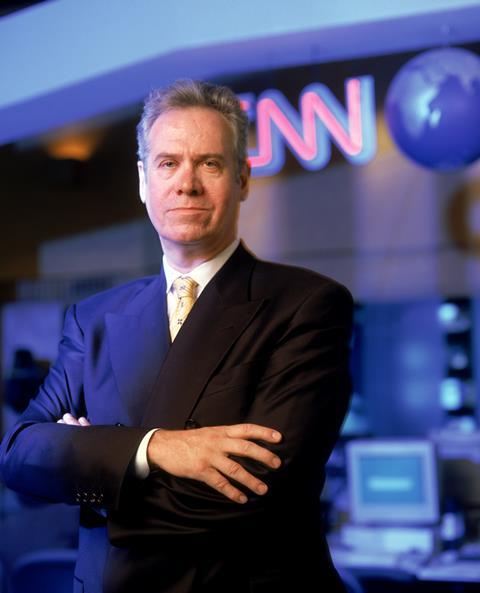 Cramer died of cancer on 16 January aged 73 and is survived by his wife, their two children and a daughter from a previous marriage.

He began his career in local news before joining the BBC in 1970, where he worked his way up to head of newsgathering.

During a lengthy stint with the corporation, he oversaw reporting of the Tiananmen Square massacre, Ethiopia famine and fall of the Berlin Wall.

Cramer was perhaps best known for raising training safety standards for journalists, work that was triggered by his being taken hostage in the Iranian Embassy siege in 1980.

When sitting on the BBC News and Current Affairs Management Board, he introduced the first hostile environment training course, risk assessments and equipment for those covering conflicts, and later championed confidential counselling for foreign news teams.

These methods were widely adopted by other news organisations and Cramer also helped found the International News Safety Institute.

BBC Middle East editor Jeremy Bowen, who was given his first job by Cramer, described him as a “giant of our business”.

“When a big story broke we all felt in safe hand with Cramer in charge,” tweeted Bowen. “He was a tough bugger but also kind and decent.”

Cramer moved to CNN International in 1996, where he oversaw global news operations for more than a decade.

Mike McCarthy, executive vice president and general manager of CNN International, described him as a “pioneer” of safety for journalists.

“An early champion of recognising and understanding the impact of PTSD on journalists, Chris emphasised how watching our teams’ mental wellbeing is as critical as looking after their physical health,” he added.

“He believed aftercare extended well beyond the end of an assignment and instituted confidential, professional counselling while personally offering support, compassion and advice. Chris will be missed by many CNN friends and colleagues – past and present – all around the world.”

“His warmth was captivating and he made clear news was a serious business where lives could be lost,” Ryley told Broadcast.

Outgoing ITN chief executive Anna Mallet said: “Chris Cramer was a major force in the world of news and the protective measures he so passionately instigated have been widely adopted across the industry.”