The ability to stream live music events from far-flung and tricky locations has brought niche and underground music to the masses, writes George Bevir 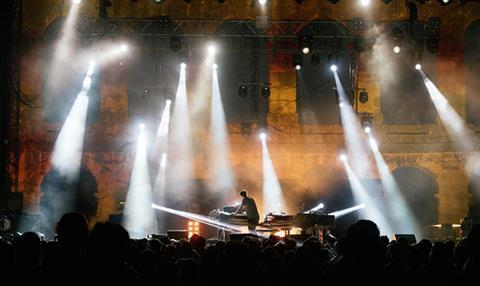 Some five years before the acronym ‘FOMO’ (fear of missing out) was added to the Oxford English Dictionary, Boiler Room began broadcasting DJ sessions over the free Ustream platform.

Since 2010, the London-based company has capitalised on – and fuelled – the phenomenon, amassing 875,000 YouTube subscribers by streaming footage of DJs at packed clubs to those who didn’t make the guest list.

Boiler Room head of broadcast production Larry Gale describes the online platform as “somewhere between TV and radio”. He says: “We are trying to do something that is different to both. We aim to capture a sense of the atmosphere and the real experience within the space.”

Boiler Room has offices in London, New York and Berlin, which is where the majority of its output comes from. But it also streams events from all over the world, including South Africa, Japan, Sydney and Brazil.

“Historically, it has been very difficult to bring artists to us; it has been much easier for us to go to them,” says Gale. “Because we have expanded, that is not quite so much the case, but LiveU allows us to be far more flexible as to where we hold events.”

Sitting at the heart of Boiler Room’s workflow are its three LiveU LU500 transmission units, which bond up to eight 4G or 3G Sim cards to broadcast from anywhere with a mobile signal. The LU500s have allowed Boiler Room to stream to YouTube and Daily Motion from “lots of weird and wonderful places” that might otherwise have been out of reach because of technological constraints, says Gale.

“We do not need a good internet connection on site now to succeed, and that means we can expand our reach and be even more adventurous. A case in point is New York, which is surprisingly stretched in terms of broadband availability in venues. It used to be an issue for us, but using LiveU in New York opens up whole new possibilities.”

Gale says the small form factor of LiveU’s LU200 may be of interest to Boiler Room, which favours a nimble set-up at its smaller events, with a crew of four. The headcount rises to dozens for larger events, while for projects such as the live 360- degree video production of Run The Jewels’ performance at London’s 100 Club in December, it drafted in streaming production firm 3 X Media.

A typical Boiler Room broadcast requires up to six cameras, depending on the size and scale of the event, which could involve streaming simultaneously from a couple of different stages at a festival. Boiler Room primarily uses Canon XA25 and GoPro Hero 4 cameras to capture the action, even going so far as to strap two of the GoPro devices to rapper Action Bronson’s head and mic for a particularly intimate performance. Canon C300s, Sony FS7s and Sony PMW-400s are used for larger concert shows.

It calls on a range of switchers, primarily Panasonic AG-HMX100, to vision mix, but also uses Datavideo switchers and the “trusty” Blackmagic ATEM range. Each broadcast has a separate dedicated audio mix, and a multi-track recording is also made. Gale points to the unified management preview and remote control platform functions of LiveU Central as being important to its approach.

“It is key in our MCR workflow, allowing us to test each set-up in advance, to see what we are getting bandwidth-wise per Sim card and make sure we are getting an even split across networks. It is a useful tool and will be more so as we continue to grow,” he says.

A signal is sent from the LU500 to Boiler Room’s London-based master control room.

“This allows us to monitor the broadcast at a professional standard. To illustrate that, we use a holding slate summarising the event, the line-up and so on, while we are waiting for the final touches in the venue. Then we can simply cross live, using our production switcher to select the SDI feed that is routed from the back of the LU2000 server through various encoders and recorders.”

Once a live performance has ended, a recording of the event is repeated on a loop for 72 hours. “We could go straight to VoD, but we want as many people as possible in the community to watch it together and connect around the event,” says Gale.

When Cherryduck Productions was asked at short notice to stream one of Craig David’s recent comeback gigs, it struck upon a problem: the venue. London’s Drury Club is a basement bar with very limited connectivity.

Cherryduck used a Livestream HD510 live production mixer. “It is an all-in-one solution that runs all camera and audio inputs, and has software to vision mix, add graphics, record and stream all in one single unit,” says Cherryduck head of live Phil Medway.

“Usually when we are on location, we either use the venue’s internet connection – all we really need is a 5Mbps upload speed – or if that is not available, we use 4G dongles.

“But because the mixer was in the basement, we did not have that [mobile] connectivity,” he explains.

The solution was to call in facilities firm Streaming Tank, which placed one of its LiveU packs in the restaurant above the basement venue.

“We ran a single SDI connection output from the Livestream box to its LiveU pack, and from Streaming Tank’s MCR we were able to stream at different bit rates to YouTube,” says Medway

Constantijn van Duren, owner of Dutch production company Nomobo, describes the Ultra Music Festival (UMF) as the “Olympics of the dance music world”. Taking place in Miami in March, it is a gathering of producers, DJs and artists across eight stages that marks the start of the festival season, says Van Duren.

The first time the event was streamed by Nomobo five years ago, the weekend broadcast attracted 100,000 viewers concurrently on YouTube. By 2014, that figure reached 225,000 for Hardwell’s (pictured above) performance. Last year’s broadcast on rival platform Twitch has racked up about 12 million views.

Nomobo provides multi-camera infrastructure on three of the stages, with around 20 Sony HDC cameras with broadcast box lenses capturing 10 hours of live action each day. The cameras are fed to Nomobo’s flyaway productions kits, with a feed from each stage recorded by Newtek’s 3Play 425 for highlights editing and playout. Delivery to YouTube or Twitch is via Teradek Slice encoders and a dedicated on-site internet connection.

The 3Play 425 is more typically used by sports broadcasters – Newtek had identified “local broadcasters, school teams and emerging leagues” as potential users – but Nomobo has found it suits its needs.

“We record performances, interviews and stand-ups in 3Play, then play them out to the Ultra Live broadcast on UMF TV with a delay, as well as editing highlights to post later,” says Van Duren.

“It is a very important solution as it allows us to continue recording while we are publishing the clips, so we do not miss anything – which is so important in live broadcasting.”

Nomobo has a crew of around 100 people, including directors, camera operators and a large audio crew mixing sound.

“We produce in a traditional way because we cannot afford to take any risks,” says Van Duren. “At last year’s UMF we had 12 million viewers in three days, so it is a serious production. For the artists, the audio is the most important part. We build an audio network throughout the venue based on Dante’s networking equipment, and we use Yamaha’s CL series of consoles for mixing.

“We are quite traditional in that we use a lot of ambience micing and the promoter always provides a decent split box, so all of the channels are separate.

“We always have an audio director experienced with electronic dance music and he decides how the mix sounds.

“Orban’s tools are the final processing tools we use for the live stream, as well as VoD publishing, to make sure it sounds really loud.”