Before Grenfell; Putin’s Russia; Can Science Make Me Perfect?

“A beautifully made, richly textured film, packed with untold stories” 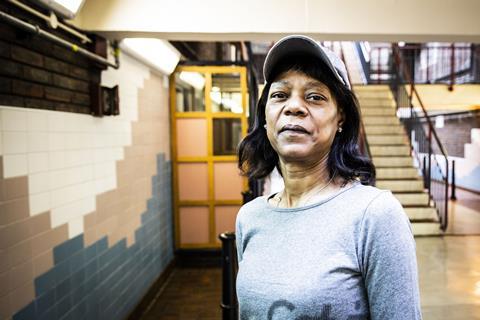 Before Grenfell: A Hidden History, BBC2

“Before Grenfell: A Hidden History was an eloquent lesson in how things can look dramatically different while not changing that much at all. This history tutorial was as angering as it was fascinating.”
Carol Midgley, The Times

“This was a thoughtful, thoroughly enjoyable documentary… a beautifully made, richly textured film, packed with untold stories and the pride, anger and frustration of people whose voices have too often been drowned out by wealthier and more powerful neighbours.”
Gerard O’Donovan, The Telegraph

“This potent and deeply saddening film told the rich history of the area surrounding Grenfell Tower – an area with the UK’s widest gap between its richest and poorest residents who were, ultimately, betrayed when the heart of their community was engulfed in flames. This was essential viewing.”
Elisa Bray, The I

“Before Grenfell: A Hidden History was a documentary in the true sense of the word, recording and preserving something that might otherwise get forgotten.”
Matt Baylis, Daily Express

“It was an instructive hour offering the shades of grey we don’t get from the news, although it wasn’t always what you would call hard-hitting.”
Carol Midgley, The Times

“Dimbleby took the opportunity to make an on-site assessment of the man who’s led the world’s largest country for 18 years. What he found was fascinating: a Russia in which the overtly repressive Communist apparatus of old had been replaced by a more insidious corporate style of autocratic state control.”
Gerard O’Donovan, The Telegraph

“This is Russia, and they do things differently here – that’s the main conclusion of Dimbleby’s thorough and fascinating second Russian odyssey.”
Sam Wollaston, The Guardian

Can Science Make Me Perfect?, BBC4

“Silly though it all was, this one-off show was an engaging way to explain how animals adapt to their environment over millions of years. Without lecturing us, Professor Alice was demonstrating Darwin’s laws in action.”
Christopher Stevens, Daily Mail