The importance of an ‘And Finally’

When a new programme editor does their first shifts on News at Ten, many of them ask me, as a long serving member of the production team, what advice I have.

Talented as they are, few need it, but I always say the same two things: make sure you get lunch (it is surprising how their 14-hour days can run away from them) and make sure you have an ’And Finally’. Both are important and surprisingly hard to achieve.

The items that round off our ITV News programmes are cornerstones of our news coverage. Some days And Finallys are tumbling out of the news ether but most days they need hunting out and while we always want to be spontaneous, planning is often the key. 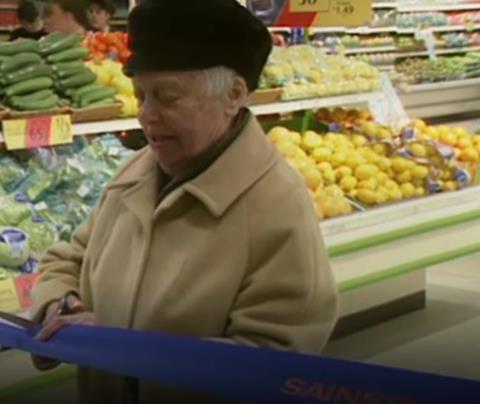 Eileen Halliday: The woman who lived in Sainsbury’s

The best ones, like all good news stories, happen without warning on the day. Getting them on air requires quick decision-making by news editors and the availability of crews and reporters.

Many derive from diary items, hopefully with an unexpected twist. Others are offered by our colleagues in ITV newsrooms across the country, or come from news agencies or on networks around the world. Some are spotted in newspapers or internet articles and it is satisfying to identify one early in the day and see it appear on that evening’s programme.

It is worth remembering that it was ITN, in those early black and white days, that developed the newsreel idea of a funny or uplifting item at the end of show and pioneered it on British television.

The idea of the And Finally was finessed during the heyday of News at Ten in the 1970s on the watch of newscasters Reggie Bosanquet and Alastair Burnet. At that time, it was often a short clip of film, crisply written, that made one or other or both of them smile.

Alastair, an enthusiast of everyday but correct English, maintained it was just “Finally.” No “And” was needed. Now of course, every news programme on every channel has one. It is an idea that has stood the test of time.

That is not to say And Finallys have not changed. Millions of social media clips are generated every single day and the funniest trend and occasionally find their way on to our programmes – passing through the news filters in the same way any other story does. But there is often much more richness to a News at Ten And Finally than simply something funny captured on camera.

A simple definition we have used is that the programme should end on something amusing or uplifting, but we now aim for thought provoking too.

Many of the themes of a good And Finally are timeless. Humour, triumphs against the odds, excellence or achievement in a particular walk of life, interesting characters, a look into the future or back at the past. If I had to use one word to say what makes a good one I’d say ‘humanity’. Given four more, I’d say ’What makes us tick’.

I’m going to duck the issue of my favourite And Finally. There have been so many good ones (and a few that haven’t quite worked) over the years. While we hope their themes are universal, some will obviously appeal to one person more than another.

At the time of writing, we have just done one about an 80-year-old hiker from Tynemouth who got lost in the Yorkshire Dales and was found after being missing for three nights, to the relief of his family. 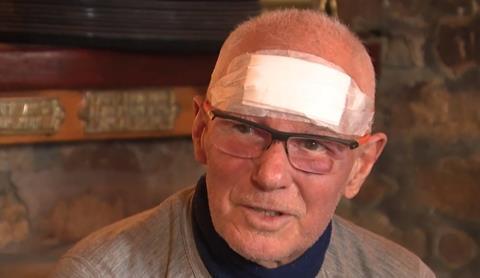 That happy ending was enough to make a good And Finally, but what lifted it into a great one was the dry Geordie humour of Harry Harvey. He was a bit disappointed to be rescued and the priceless reaction of his family to his ‘jokes’ and the perfectly-timed filming by our ITV Tyne Tees colleagues, captured the hankies-at-the-ready moment they were all reunited.

Right now, there is more need than ever to end the programme with something upbeat, but on particularly dark news days, or any other, we are careful not to end on a discordant note. Tone, even in more normal times, is everything, and scripting a light hearted And Finally is way harder that telling the news straight. Get it right, and you really can send people to bed smiling.