Ben Fogle: New Lives in the Wild; The Great British Bake Off; Love and Hate Crime

“This show has evolved to become the best documentary series on Channel 5.” 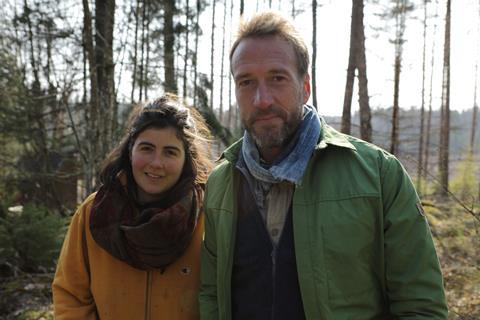 “It’s easy to underestimate Ben Fogle but beneath that jolly Duke of Edinburgh award exterior there lies something sinister: a journalist. Over the previous nine series, the TV adventurer has become very good at reading people. And very good at getting them to open up. He’s Louis Theroux in a sensible cagoule.”
Chris Bennion, The Times

“This show has evolved to become the best documentary series on Channel 5. Ben’s questions have become more sensitive, less gung-ho, as he saw that many of his hosts were trying to run away from some trauma in the past — and had dragged it with them instead.”
Christopher Stevens, The Daily Mail

“This hasn’t been my favourite Bake Off year – a splash of vinegar has been added to the recipe. The judges’ comments have become more withering, and the skits between presenters Noel Fielding and Sandi Toksvig more forced. I hope the producers manage to find the warmth again.”
Emine Saner, The Guardian

“The final of The Great British Bake Off, once the gentlest competition on TV, left millions feeling as if they’d been squashed flat by a runaway bread lorry. The cameras love to see a bit of emotion but, as Steph sobbed her way through the last hour, this was painful to watch.”
Christopher Stevens, Daily Mail

“The 2017 killing of New York school student Matthew McCree by bisexual teenager Abel Cedeno bristled with overtones of racism and homophobia, while also throwing light on the arcane workings of the US justice system. Filmmaker Simon Gilchrist had assembled his material so that the balance of guilt and innocence swung tantalisingly to and fro, giving the film the feel of a reality-based drama like HBO’s The Night Of.”
Adam Sweeting, The i