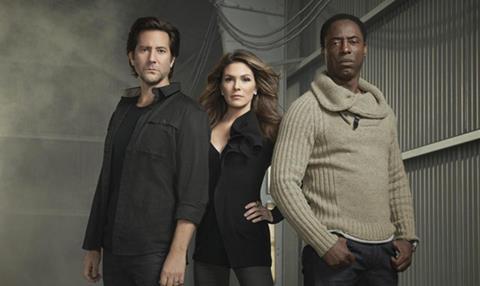 The series beat the previous record, set by Skins in January 2007 (which launched with an audience of 1.6 million/10%), and comfortably outrated the channel’s previous biggest US acquisition, The Tomorrow People, which launched with 1.4 million (6%) live viewers in early 2014.

From this phenomenal opening, viewers remained gripped and its first 13 x 60-minute series consolidated to an average of 1.8 million (7%).

The Hunger Games-style apocalyptic drama was commissioned by US youth-skewing broadcaster The CW, which is a joint venture between Warner Bros and CBS. Channel 4 snapped up the series from distributor Warner Bros International Television Distribution soon after 2013’s LA Screenings but aired it almost a year later. It was worth the wait.

The show also helped E4 reach its key demographic of 16-34 year-olds, with 41% of its audience fitting into that age group.

“A huge hit for E4 that totally serves the target audience,” said one judge. “An absolute gem of a find,” said another, while a third described it as a “channel-defining series that grabbed an audience and kept it”.

Channel 4 will be hoping it finds something from last month’s LA Screenings that can be equally successful.

Game Of Thrones
Sky Atlantic
With audiences of around 2 million, Game Of Thrones is Sky Atlantic’s most successful show ever and is one of the most popular shows across its whole pay-TV service. The epic fantasy drama was acquired as part of Sky’s long-term output deal with HBO and its fourth series gained a 61% uplift in viewing from the previous run.

Scorpion
ITV2
ITV2 snapped up geek action drama Scorpion quickly after last year’s LA Screenings and the show averaged more than 500,000 viewers over its 22-episode run. The CBS Studios International-distributed series, based on the life of computer expert Walter O’Brien, has also helped ITV2 increase its share of male viewers.

Suits
Dave
Legal comedy-drama Suits was crowned last year’s Best Programme Acquisition and series three continued to rate for UKTV’s Dave. The NBC Universal International Television-distributed series recorded 2% growth over the past 12 months, despite the loss of Dave’s +1 channel on Freeview. The show has recently been recommissioned for a fifth season.

Vikings
History
Even though period drama Vikings aired on History in the US, the channel’s UK counterpart still needed to fight off tough competition from other broadcasters to land the show, which had already aired in the UK via Amazon’s OTT service. The MGM-distributed drama averaged more than 550,000 viewers on History, many of whom had never watched the pay-TV channel before.