TV Critics: Born to Kill; Mind over Marathon; Dial ‘B’ for Britain

“Fantastically claustrophobic and grim – the stuff of parental nightmares.” 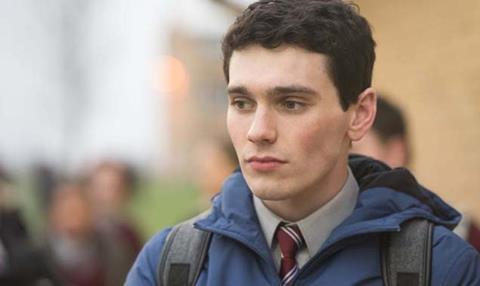 “Born to Kill was a coherent, thoughtful package. It was also fantastically claustrophobic and grim – the stuff of parental nightmares.”
Gabriel Tate, The Telegraph

“Last night’s opener was sluggish with a dangerously grey and unvaried tone, but you could not help but be interested in Sam.”
Andrew Billen, The Times

“It’s a lovely performance from Jack Rowan, who would almost certainly have been in Skins if he had been born a few years earlier. No, ‘lovely’ clearly isn’t right; more like utterly, convincingly chilling.”
Sam Wollaston, The Guardian

“Thanks in large part to this engaging anti-hero, the first episode of Channel 4’s dark new drama makes an immediate impression. Rowan does an extraordinary job of morphing between personalities. Somehow he creates sympathy for someone who should be detestable.”
Finlay Greig, The i

“Conflicting parental impulses are most dramatic when the crimes of the child are less excessive. It’s much harder to imagine how you’d feel if your son or daughter committed murder, unless that appalling catastrophe has struck your family in real life. The more Born To Kill strays into melodrama, the more it will lose its tension.”
Christopher Stevens, Daily Mail

“I don’t know how Rhian, who lost her one-year-old son to pneumonia and immediately afterwards her husband to suicide, even gets up in the morning, let alone puts on her running shoes. She’s amazing; they all are.”
Sam Wollaston, The Guardian

“The ebbs and flows of their resolve and general well-being were by turns painful and uplifting to witness, but never less than absorbing. Nick Knowles provided a steady, sensitive hand on the tiller. Surreptitiously, he has become the master of the documentary weepie, so accomplished that I can almost forgive him his myriad terrible game-shows.”
Gabriel Tate, The Telegraph

“Knowles gave Rhian space to talk about her pain, and gently encouraged her as she joined nine other people with different types of depression, anxiety and psychological illness, in training for the London Marathon. The only niggle was the wretched ‘sad piano’ soundtrack that is apparently obligatory on all programmes about mental health. But we’ll forgive that.”
Christopher Stevens, Daily Mail

Dial ‘B’ for Britain: The Story of the Landline, BBC4

“The usual excitable academics theorised away — the telephone was a dangerous social leveller etc — but the secret of these Timeshifts lies in their accumulation of unexpected detail. I loved it that the original exchange operators were cheeky young men who needed to be replaced by complaisant lower-middle-class women.”
Andrew Billen, The Times

“Dial ‘B’ For Britain: The Story Of the Landline included footage of a jowly and furious man describing the telephone as a thundering nuisance. Lord knows what they would make of the ringtone and automated checkout.”
Matt Baylis, Daily Express