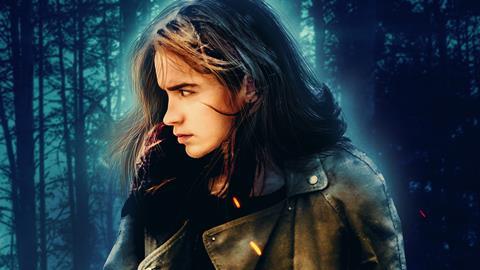 Cineflix Rights is looking to ramp up its English-language scripted slate and is eyeing pod deals and creative partnerships with producers to secure programming for its catalogue.

The distribution arm of Canada’s Cineflix Media, which has a long-established background in factual and fact-ent programming financing and distribution, has been growing in the international scripted arena with both English-and foreign-language programming to the fore.

Cineflix Rights head of scripted James Durie says the plan is to use that expertise as a springboard to continued growth. “We have great momentum in the scripted business and want to grow our English-language drama output,” he says. “We’re looking at UK, Canadian, US and Australian producers to augment what we’re already doing.”

“Crime is the first of a couple of shows coming out the traps,” says Durie. “It is an example of the bracket we want to be in, in terms of budget, genre and top talent.”

“We’re being content and creative-focused in our decision-making”
Chris Bonney, CEO Rights

Chris Bonney, CEO Rights, Cineflix Media, says the company will draw from its unscripted partnership strategies to inform its drama ambitions. “We have this great unscripted platform that’s allowed us to build organically. We’re looking at more initiatives in this area, such as pod deals with creatives, and also building out our acquisitions activity. There’s a lot to learn from our unscripted model.”

Bonney stresses that investment in scripted is unlikely to be driven solely by in-house development via its Cineflix Studios sibling and will be more “content-led”.

“We’re not too vertically integrated so we don’t have to force a strategy on anyone or a way of distributing – we can pick up projects early or work with a parcel of rights and we’re keen to maintain that flexibility, but we’re being content and creative-focused in our decision-making.

With pod deals, we want to provide the support so that producers can create using Cineflix resources, while maintaining a good level of independence.”

That said, Cineflix is being selective with the projects in which it invests, given the uncertainty around Covid-19. “We have to be surgical in our decision-making,” says Durie. “It needs to be commercially led.”

It is Cineflix’s tailored approach that has allowed it to maintain a steady distribution business during lockdown. In unscripted, where broadcasters have been providing up to 50% of a budget, Cineflix has been able to pre-sell, pick up the shortfall and take the rights to sell globally.

“Creatives have found ways to keep shows moving forward or finding new programming concepts,” Bonney says. “For example, Timeline Of The Century from CIC Media – archive footage that tells the story of our past 20 years. It’s been commissioned for a Latin American network. We helped fill the gap and secured rest-of-world rights.

“These projects come on the back of partnerships with creatives who know what we can bring to the table. Working with partners you already know is the most productive way of building your slate rapidly in these times.”

Alongside scripted growth, Cineflix Rights is exploiting its “genre strengths” of true crime, lifestyle and property, Bonney says, concluding “openness from broadcasters” for a broad range of high-quality, “ready-to- launch” content has put “the company in a prime position to help fill their scheduling needs”.