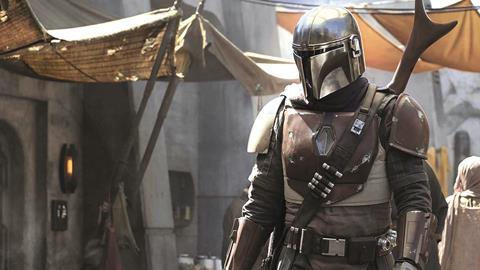 The strategy of launching Disney+ as a direct-to-consumer offer appears to be attracting strong viewing numbers, according to daily SVoD measurement service TRP Codex, from TRP Research.

An average audience of 2.3m adults 16+ watched the first episode of The Mandalorian across the first eight weeks after the launch of Disney+, although subsequent episodes have struggled to achieve those viewing levels, according to analysis from the newly launched service.

The series to date accounts for 7% of all viewing to Disney+ content in the period, making it the most watched content on the platform.

In total, Star Wars-related series and movies contributed 18% of total viewing; Marvel content made up 23%, led by movies such as Captain Marvel and the Avengers franchise; and Pixar a further 10%.

TRP Research chief executive Tim Colwell said: “It’s fascinating to see the detail of content viewing and viewer behaviour in SVoD environments. Viewing is migrating to OTT and direct-to-consumer channels; understanding viewer choices and motivations is key to understanding that.

“Our on-going panel and daily responses allow us to ask panellists what they think and why they make the choices they do.”

When asked about reasons for subscribing to Disney+, respondents cited exclusivity of content and the value of the current offer as prime motivations. Among adult 16+ viewers who watched at least 30 minutes of The Mandalorian, 66% watched no other Star Wars content and 29% watched no other content at all on the platform.

TRP Codex is available from TRP Research. For more information, see link below.