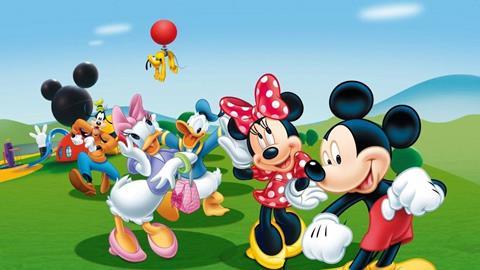 Disney is to close its linear channels in the UK after extensive negotiations with pay-TV providers ended unsuccessfully, Broadcast can reveal.

Staff at Disney Channel, Disney XD and Disney Junior were informed of the decision earlier this week, according to sources with knowledge of the situation.

It is understood the three channels will come off air at the end of September after extensive talks with Sky and Virgin Media ended with mutual agreements to end their carriage.

The trio will effectively become elements of SVoD service Disney+, which has quickly established itself in the UK with an estimated four million subscribers.

Disney+ will remain available on Sky, having launched as a standalone app on Sky Q set-top boxes in March, while some of its films will continue to be made available via Sky Cinema.

“From 1 October, Disney+ will become the exclusive home for content from Disney Channel, DisneyXD and Disney Junior in the UK,” said Disney in a statement.

“The direct-to-consumer service, which garnered more than 54.5 million subscribers worldwide in its first seven months, will now premiere all the latest films, series and specials from the three Disney Channels, along with offering a rich and expansive back catalogue of Disney Channel titles in the UK, including Mickey Mouse Clubhouse, Descendants 3 and Phineas and Ferb.

“The Walt Disney Company remains committed to our kids channels business and continues to execute distribution agreements for Disney channels in many markets where Disney+ is also available, with the goal of giving our fans multiple entry points to our storytelling.”

A statement from Sky read: “We have over 5,000 episodes of on demand content alongside our brilliant linear channels, from our partners Viacom and Turner, and we’re investing more in our own Sky Kids Originals too, like Moominvalley and Morph.

”Kids can watch favourites like Peppa Pig and Paw Patrol, SpongeBob Squarepants and the Amazing World of Gumball, all the wonderful LEGO content and much, much more. And it is all available in one place – together with the best apps, like Disney+ and Netflix – on Sky Q.”

A Virgin Media spokesperson said: “Virgin Media will continue to give its customers thousands of hours of fantastic kids programming, such as Peppa Pig and Paw Patrol, across a range of channels and apps as well as on demand and on the move.”

Broadcast understands Disney’s withdrawal from linear is specific to the UK. The company negotiates separately in individual territories and in the past year has closed a linear-only agreement in the Nordics and a pay-TV and SVoD carriage agreement with Canal+ in France.

Among his duties were commissioning for Disney Channel, Disney XD and Disney Junior.