Happy birthday Broadcast Sport! It’s 12 months this month (November) since Broadcast Sport was first revealed at our inaugural Tech Innovation Forum at BT Sport’s flagship Studio 1. I took to the stage, armed only with a flyer showing mock-ups of the forthcoming Broadcast Sport magazine and website, to excitedly spill the beans about our new sports brand.

For those who managed to secure a ticket, we have a six-page preview of the event on p44-49, including a full programme of the day’s speaker sessions.

Also in issue four of Broadcast Sport, we go behind the scenes at GolfTV’s Japan Skins tournament in Tokyo (p40-43); head over to Hamburg for the ESL One Dota 2 esports tournament (p18-22); and reveal the extensive preparation that went into the live broadcast of Eliud Kipchoge’s victorious Ineos 1:59 challenge in Vienna.

Back in the UK, we catch up with celebrated street trials rider Danny MacAskill (p6-8) to talk about how, a decade ago, he found fame overnight on YouTube, and how he managed to use this as a springboard to kick-start a hugely successful career.

We hope you enjoy it all. 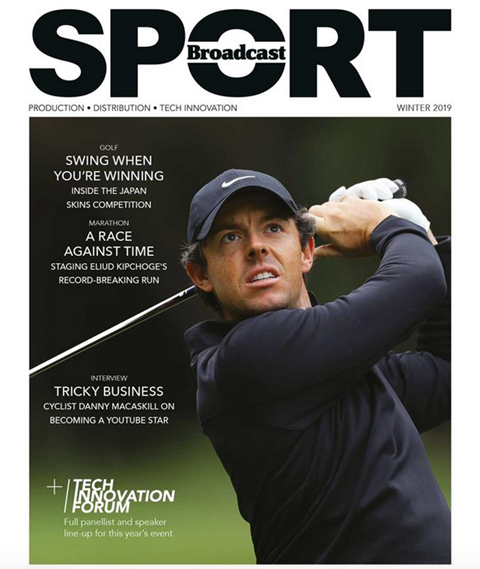 Click on the cover above to read the digital version of Broadcast Sport magazine issue #4.