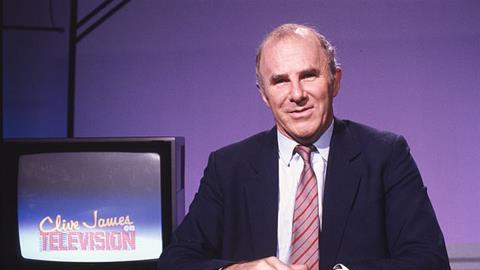 ”A brilliant, warm-hearted and kind man; honest about his past failings and regrets”

The broadcasting industry has paid tribute to TV and radio veteran, who has died at the age of 80.

Broadcast has assembled its own selection of some of the most touching messages posted on Twitter since the news broke yesterday.

“My first TV job was at the BBC’s Clive James Unit. It was staffed with young bright types (plus me). On studio days he’d go out of his way to seek out parents in the green room to say: “Thank you for lending me your brilliant child”, but he was the genius.”
@davidmortimer

“Clive James On TV was such a radical break from most UK comedy-entertainment that I was trying to shamelessly plagiarise it 10 years after it came off air. Rightly my ‘idea’ was turned down. RIP. #CliveJames”
@Jimr56

”A brilliant, warm-hearted & kind man; honest about his past failings & regrets. One of the best & wittiest conversations in my life was when I went to meet Clive James. Goodbye. RIP Clive”
@SamiraAhmedUK

“When I was a teenager I read and reread Clive James’ collected TV reviews obsessively. Two thirds of everything I know about writing for TV I learned from him, and no one has ever made me laugh as much. May his memory be a blessing.”
@BexLevene

“If you want a real treat and remind yourself what we’ve just lost, visit the embarrassment of riches that is https://clivejames.com You can lose days in there. What a writer. #CliveJames”
@karlminns

“Been listening to my old interviews with Clive James. Very moving to hear that familiar rolling raucous voice falling towards a whisper. The first time we shared a studio he was rather prickly. All that fell away with his illness, which rewrote his relationship with everything.”
@DrMatthewSweet

In 1982 Clive James was the only leading tv critic who didn’t join in the lynch mob when BBC TV news replaced the charming ex-actors who read the main bulletin with two rough journalists - John Humphrys & me. Clive’s vocal support kept us going.
@JohnSimpsonNews