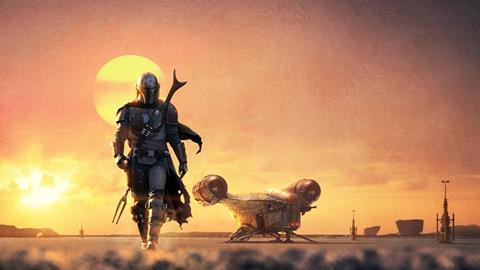 This week Disney+ launches in the US and several other territories including Canada and Australia. Although not launching in the UK until March 2020, the SVoD’s slate can be looked upon to highlight future content opportunities.

“While much of the new and upcoming original content targets consumers’ familiarity with pre-existing IP, it also purports a fresh spin on the stories and characters that consumers know and love,” says Broadcast Intelligence research analyst Matthew Evenson.

“This mix of the old and the new, alongside Disney’s library content, should open Disney+ up to a wide potential customer base ahead of its launch in major European markets next year.”

Whilst much has been made of The Mandalorian’s $15m an episode price tag, unscripted budgets are rumoured to be around $400-600k per-hour. Utilising this, the SVoD has been commissioning short-form programming such as Kristen Bell fronted Encore! in order to offset a high drama tariff.

Although most programmes are made by Disney-affiliated talent and studios, one of the few outsiders is CBS Television Studio’s Diary of a Female President, from Jane the Virgin star Gina Rodriguez. President of content and marketing Ricky Strauss has highlighted that he will only commission content from outside studios if it feels “uniquely Disney”.

Disney+ are aiming to produce 35 originals across film and television in year one, increasing to 50 by year two. Focusing on an international and multi-generational audience, Broadcast Intelligence expects that commissioning will begin to increase internationally post March 2020.

For a full list of Disney+’s announced slate so far, please visit the Programme Index.